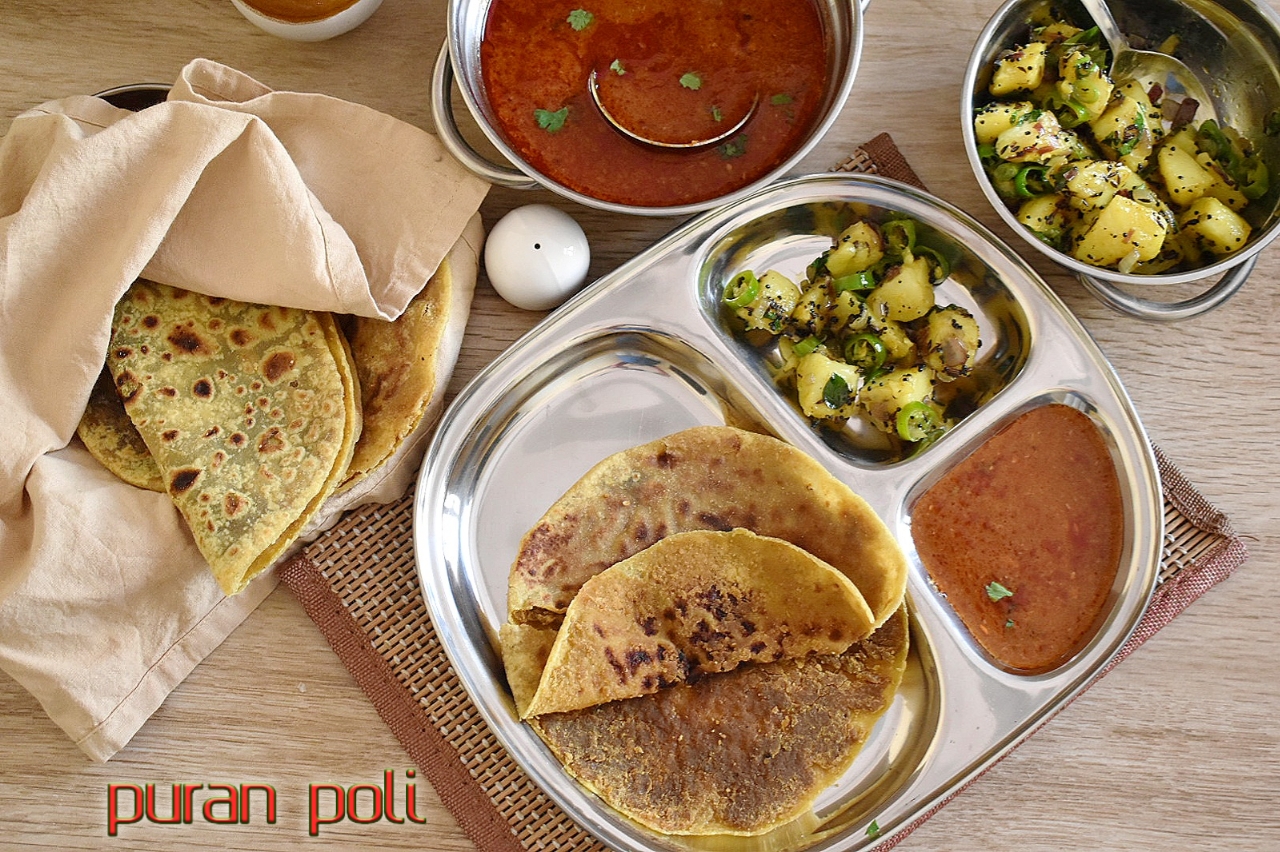 What is Puran Poli?

Puran Poli is a Maharashtrian flatbread made with a sweet lentil filling of chana dal, jaggery (gud), very appropriately flavored with nutmeg and cardamom. Puran Poli is a combination of puran and poli. Puran means stuffing and poli means roti or the outer covering. Although a flatbread, it is often served as dessert. In fact, puran poli is a very popular festive recipe and this delicacy is prepared on occasions such as Ganesh Chaturthi, Diwali, etc. The beauty of the Puran Poli Recipe lies in the balance of flavors. The sweetness of the dessert is so appropriate balanced by the use of spices such as nutmeg. It really compliments the flavors of the dish.

What is Puran Poli made of?

For the puran i.e. stuffing dal and jaggery are used, along with the spices such as nutmeg, turmeric, cardamom for flavoring.

Which dal is used for puran poli recipe?

The Maharashtrian Puran Poli Recipe calls for chana dal for the stuffing. The Gujarati variation of puran poli which is also called vedmi, uses arhar dal. The dal needs to be soaked well and thereafter cooked till soft. I like to cook it in little extra water to get enough dal stock which is used for the katachi amti recipe with which I serve puran poli.

Which flour is used to make puran poli?

How to make Puran Poli?

What to serve with Puran Poli?

Katachi amti, a gravy prepared using the dal stock left over after using the cooked chana dal for the puran poli recipe and ghee.

How to make Puran Poli 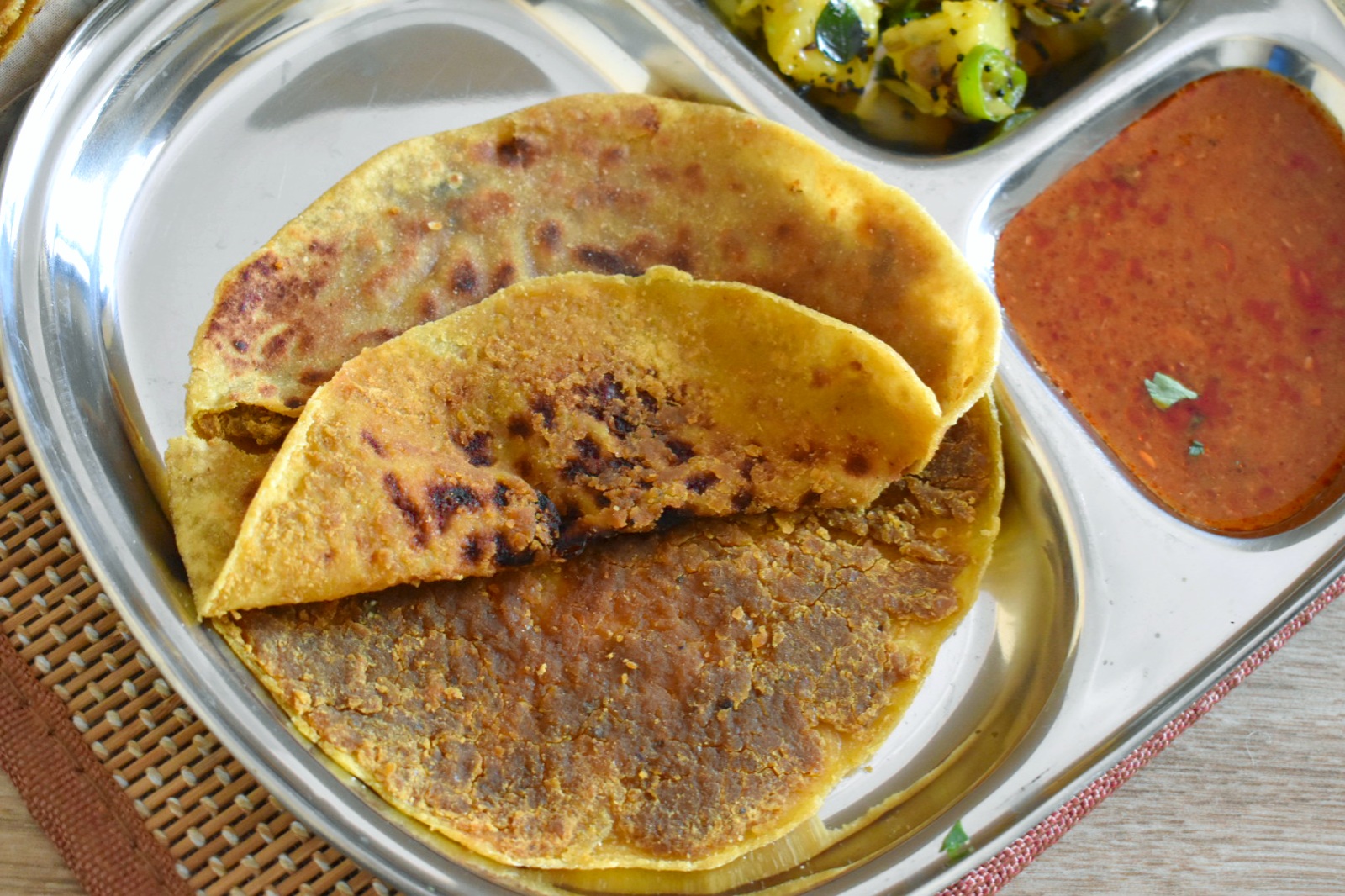 6.Pressure-cook the dal on high flame till the first whistle. Thereafter reduce the flame to low and cook for another 10-12 minutes.

7.Let the pressure release. Open the lid of the cooker. Check the dal. It should be absolutely soft and mushy.

9.Again put it in the cooker.

10.Mash it with a potato masher. Continue till absolutely paste like.

12.Continue to cook till the jaggery melts. Keep on stirring continuously.

13.Cook till the mixture leaves the sides of the cooker, comes together and forms dough like texture.

14.Switch off the flame. Add in the powder of 6-8 cardamoms *elaichi).

15.and a very small piece of nutmeg. Nutmeg has a very over powering flavor. Add very little quantity to start with and thereafter increase it.

Tips:In hte pictures I had made just half of the recipe.

19.To make Poli: In a mixing bowl add in 2 cups of whole wheat flour.

26.After an hour, knead again.

27.Divide the dough into 8 portions.

28.To make Puran Poli: Take a portion of the dough.

30.Place the portion of puran in it.

31.Seal it well. Remove the excess dough. Cover it with some whole wheat flour.

33.Put on medium hot tawa/pan. Cook on medium flame till the bubbles appear.

34.Flip and cook from the other side.

36.Flip and cook. Apply ghee on the other side too. 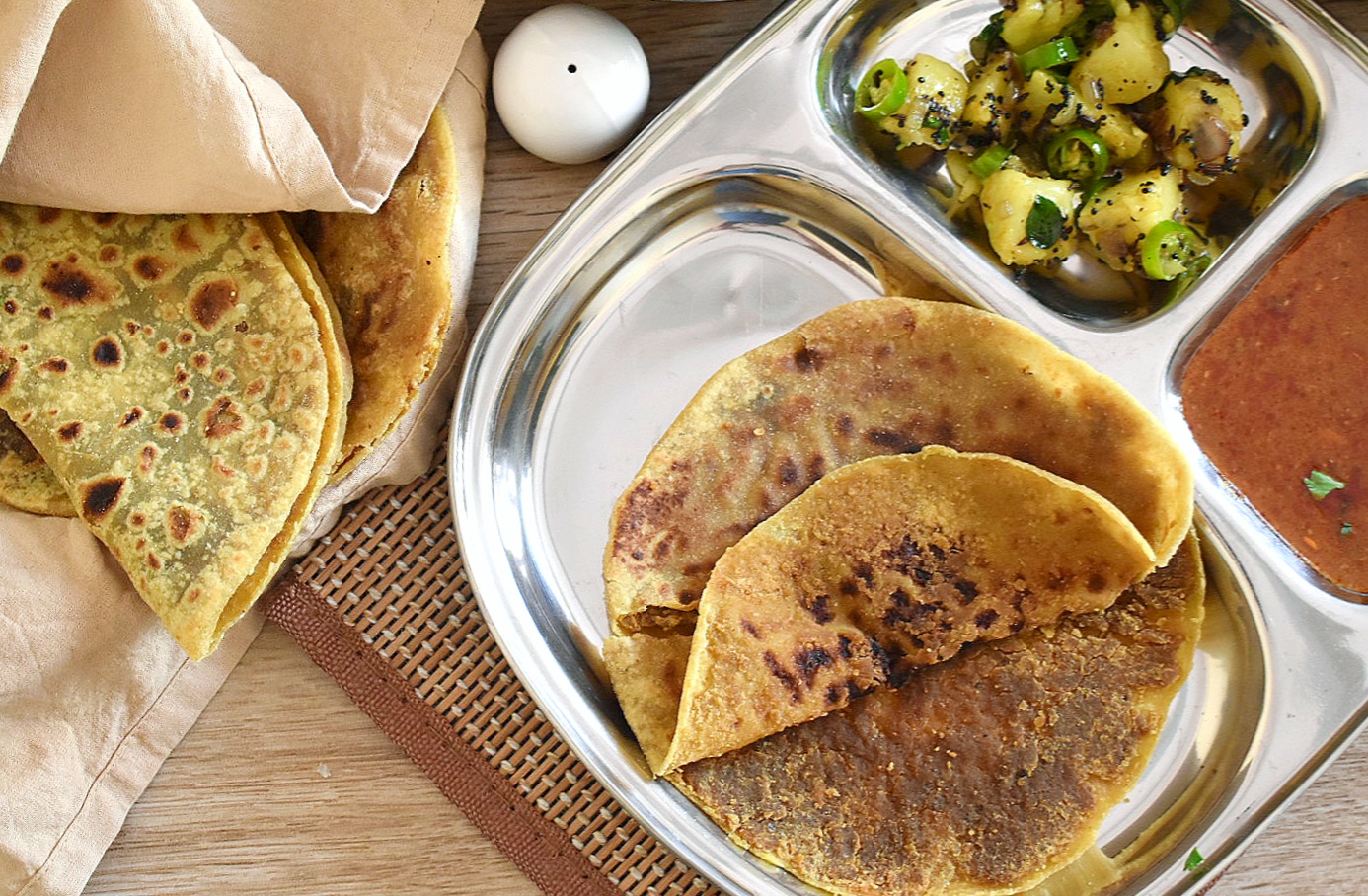 For the stuffing (puran):

For the outer coating (poli) 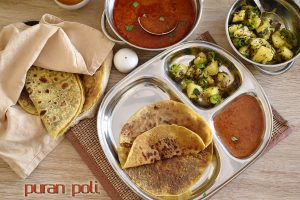 Instructions for :How to make Puran Poli

How to make Puran Poli

How to make Puran Poli? 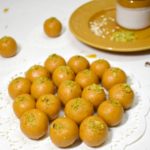 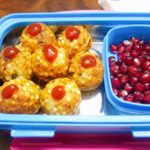 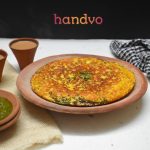 What is Handvo? | How to Make Handvo Recipe | Mixed Vegetable 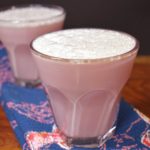