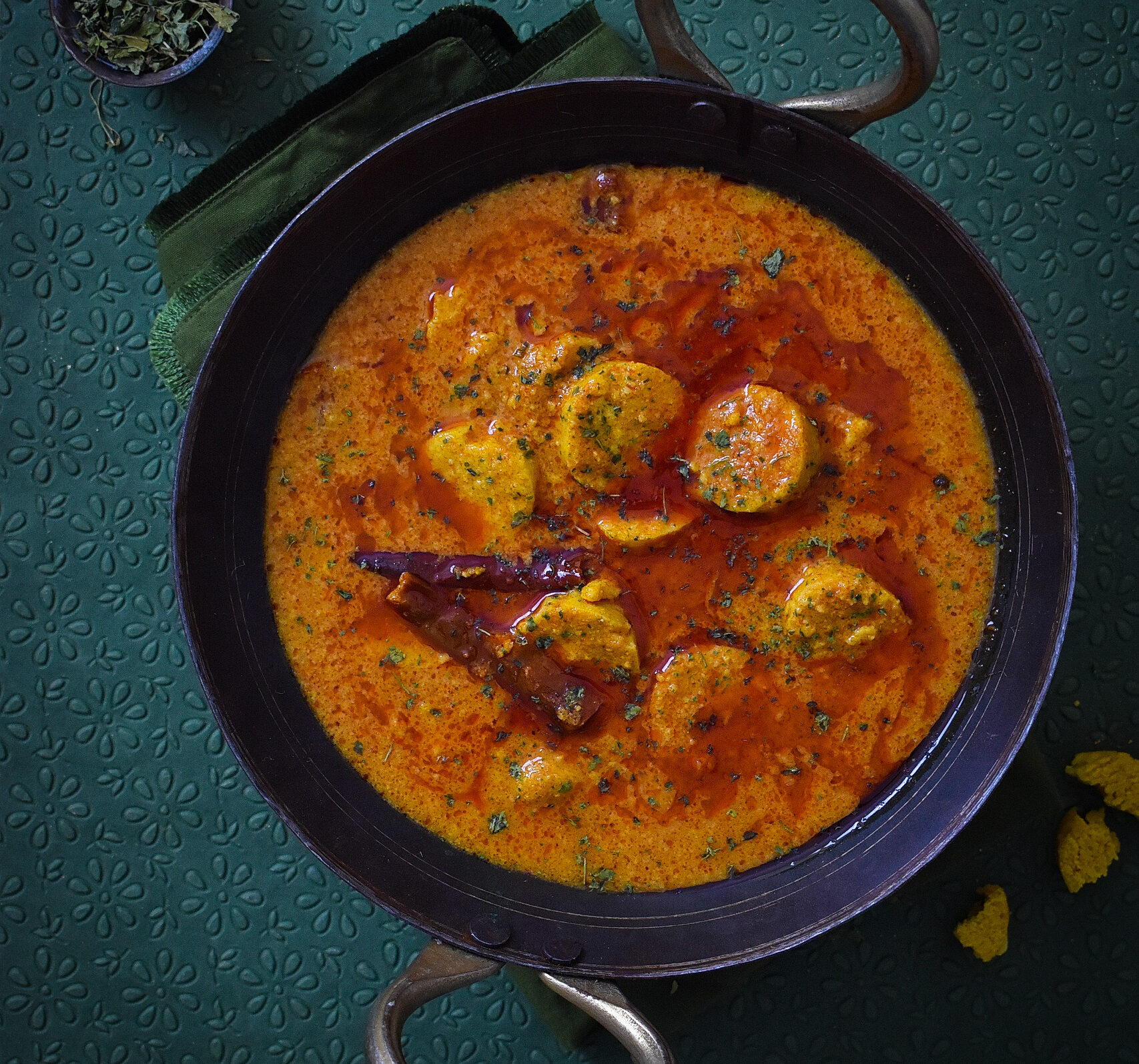 What is Gatte ki Sabji?

Gatte ki Sabji Recipe – Gatte is gram flour dumplings, soft but steady (if made right). Gatte ki sabji is gatte cooked in spicy yogurt gravy, flavoured with cumin and asafetida, and some basic spices. Gatte ki sabji is a Rajasthani preparation. Any Rajasthani thali is not complete without gatte ki sabji. Gatte ki sabji needs very few and handy ingredients and the best part is that it tastes the best with the most simple bread i.e. roti or steamed rice. 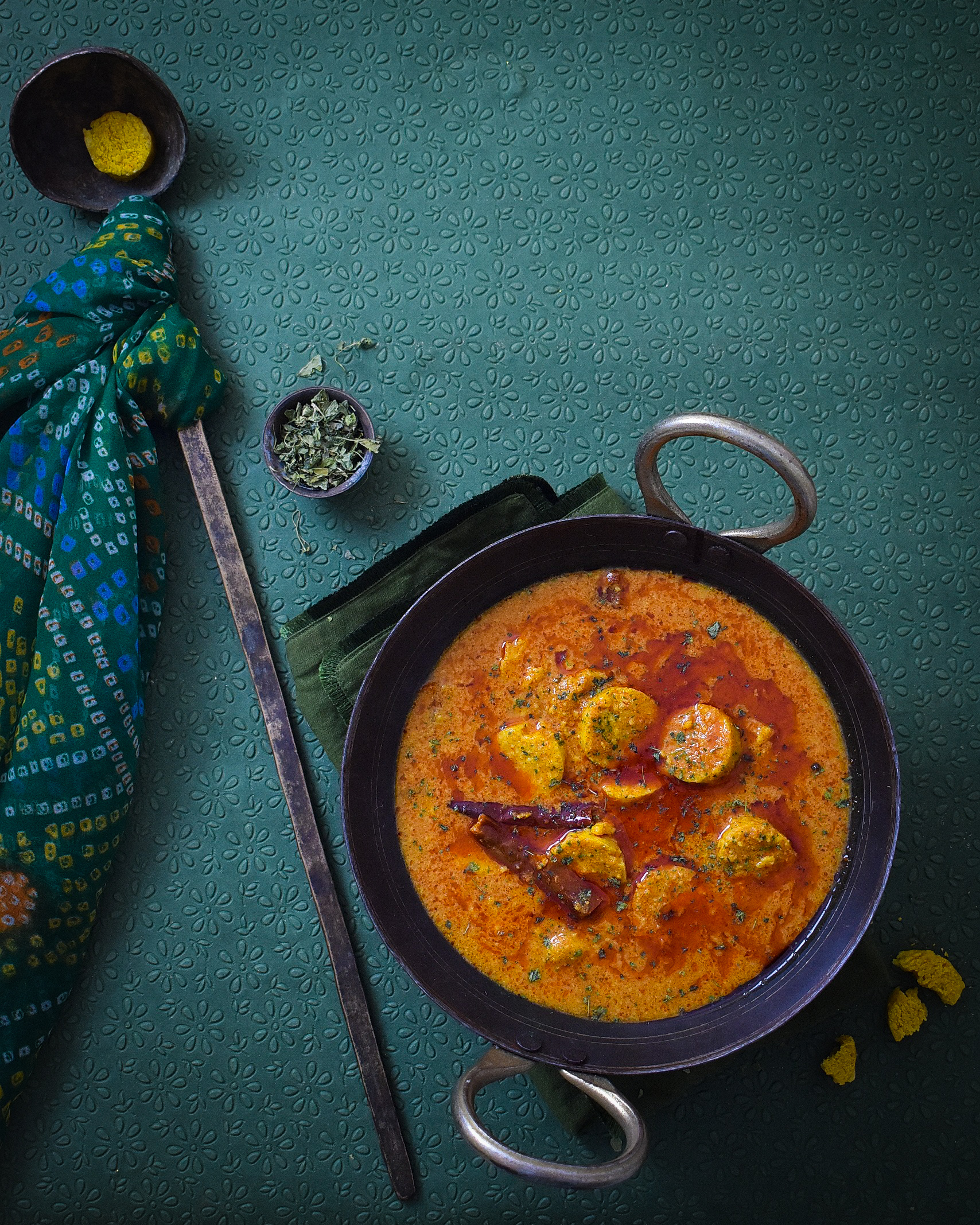 Let’s talk about the ingredients for Gatte ki Sabji

There are multiple ways of making gatte. Every recipe has a different ratio of ingredients. Similarly, the gravy can also be made in many ways. I have kneaded the dough with curd/yogurt. For flavoring, I have added some fennel seeds and whole coriander seeds. I have prepared the very basic gravy using curd/ yogurt. For tempering the gravy I have used ghee, cumin seeds, and asafetida. Do not substitute oil for ghee. Ghee gives an awesome taste to the yogurt gravy. You might also like other Rajasthani recipes on the blog.

1. Prepare dough for gatte
In a large bowl take 1 ½ cup of gram flour, salt to taste, ½ tsp red chili powder, ½ tsp fennel seeds, ½ tsp coriander seeds, 1/8 tsp fruit salt, and 2 tbsp oil. Mix everything. Add 3 tbsp yogurt, gradually. Prepare smooth and soft dough.
Tip: Do not add 3 tbsp curd in one go. Add ½ tbsp at a time initially and thereafter even less than that. The quantity of curd required depends on the quality of curd and gram flour and therefore might vary.
2. Let the dough rest and thereafter make logs
Cover the dough and leave it for 15 minutes. After 15 minutes, knead it once. Take portions of dough and make logs.
3. Boil the logs and cut to make gatte
Heat enough water in a pan. Once the water comes to a rolling boil, add 1 tsp oil and a pinch of salt. Add the logs and boil them. Once they come on the surface, continue to boil for another 4-5 minutes. Thereafter take out the logs. Once they cool a bit cut them into ½ inch thickness. Keep the gatte aside. 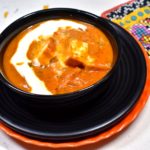 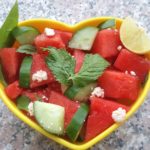 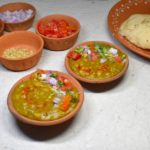 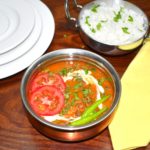 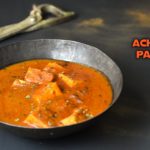 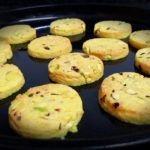