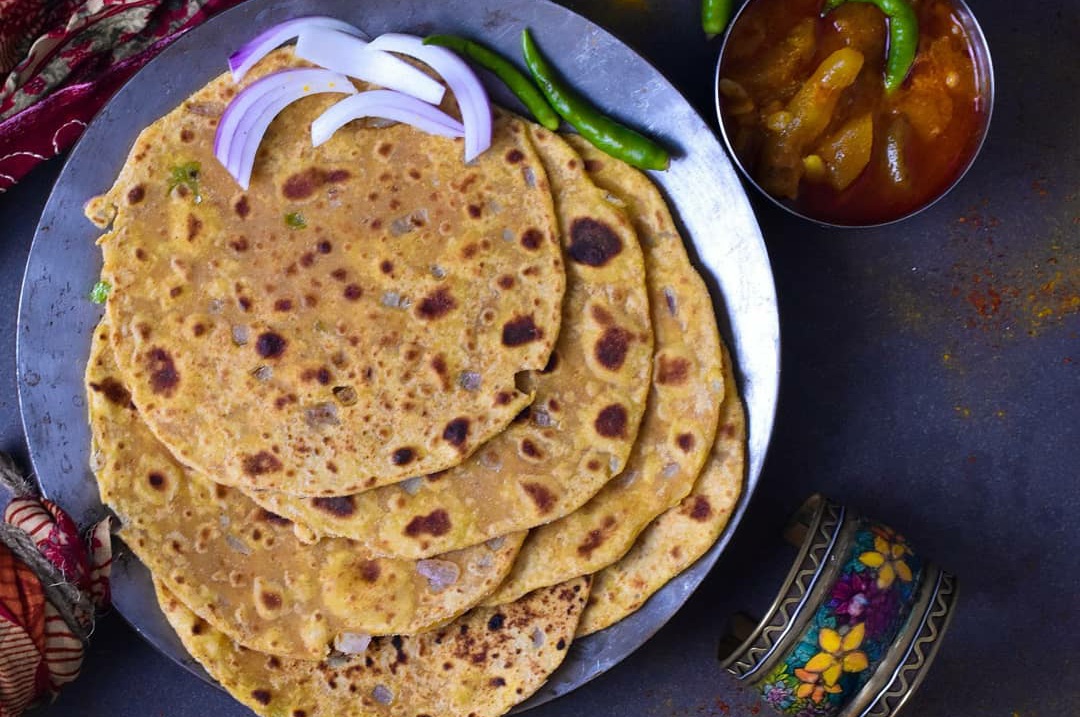 What is Missi Roti?

Missi roti is Indian flat bread which has a distinct texture and lot more flavours than the regular roti or chapatti. It is often ordered at the restaurant and dhabas. Although it is super easy and simple to make at home! I never liked the rotis served at restaurants or dhabas because I found them too dry. So I thought of making a softer version of the rotis. This recipe gives very flavourful and soft roti. Missi roti can be served with any spicy Indian gravies, however, their favorite accompaniment is dals.

Let’s talk about the ingredients for Missi Roti

There are a number of ways of flavoring roti. A number of spices as well as fresh ingredients can be added. I have used carom seeds, red chili powder, cumin seeds, dry fenugreek leaves to flavor roti. Amongst the fresh ingredients, I have used onions and coriander. To make the rotis soft I have added little oil as well as yogurt. And for some bite I have added chopped onions. 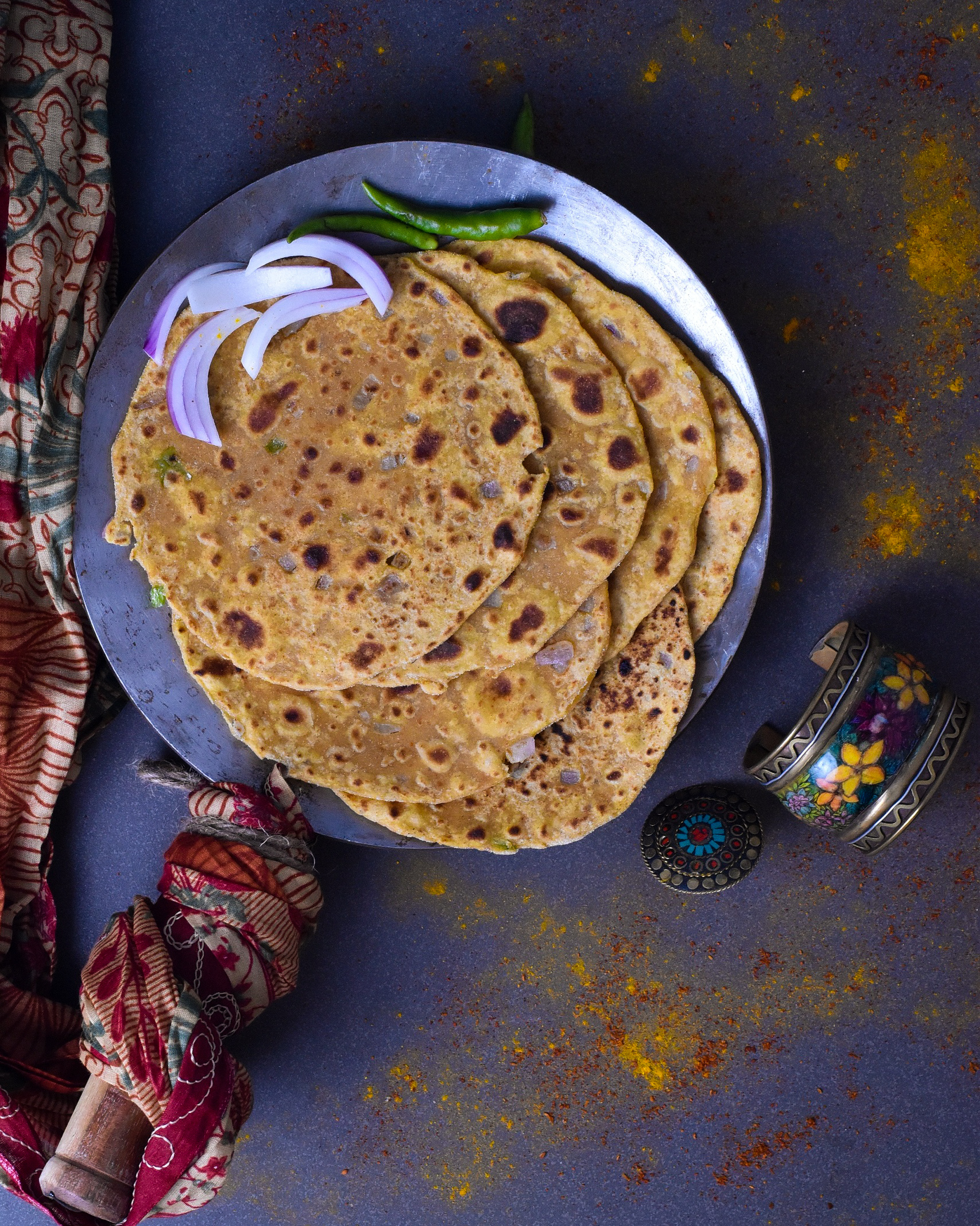 A different bread, a break from simple roti seems like a good idea. Isn’t it? And therefore there are a number of bread recipes on the blog. These include tandoori roti, rumali roti, besan masala roti, khoba roti and many more.

How to serve Missi Roti? 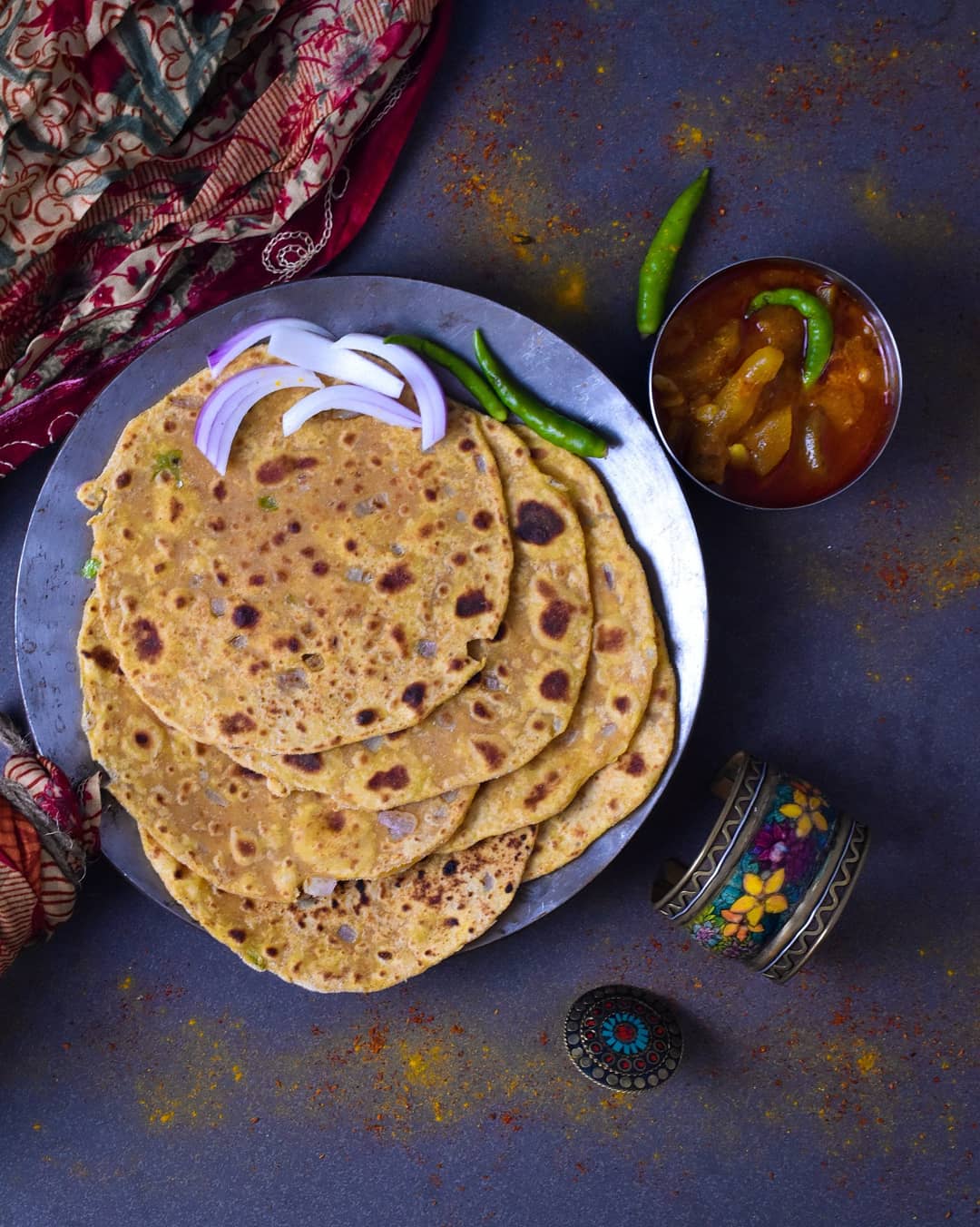 How To Make Missi Roti 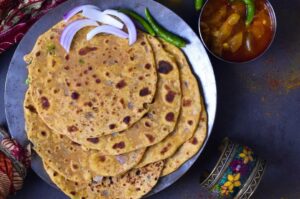 1. Mix all ingredients except water
2. Add water gradually
3. Make soft and smooth dough
4. Take lemon size portion on a rolling surface
5. Roll into a chapatti. Thicker but smaller than the regular chapattis
6. Put on a hot skillet. Roast on low-medium flame
7. Roast both the sides till light brown patches appear
8. Cook on gas flame till puffed and done
9. Bon Appétit: Serve with dal fry and tamatar dhaniya ka shorba 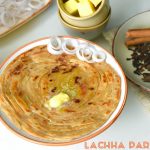 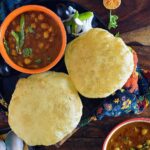 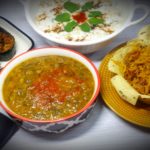 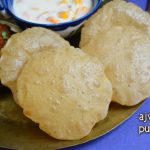 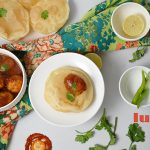 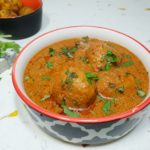