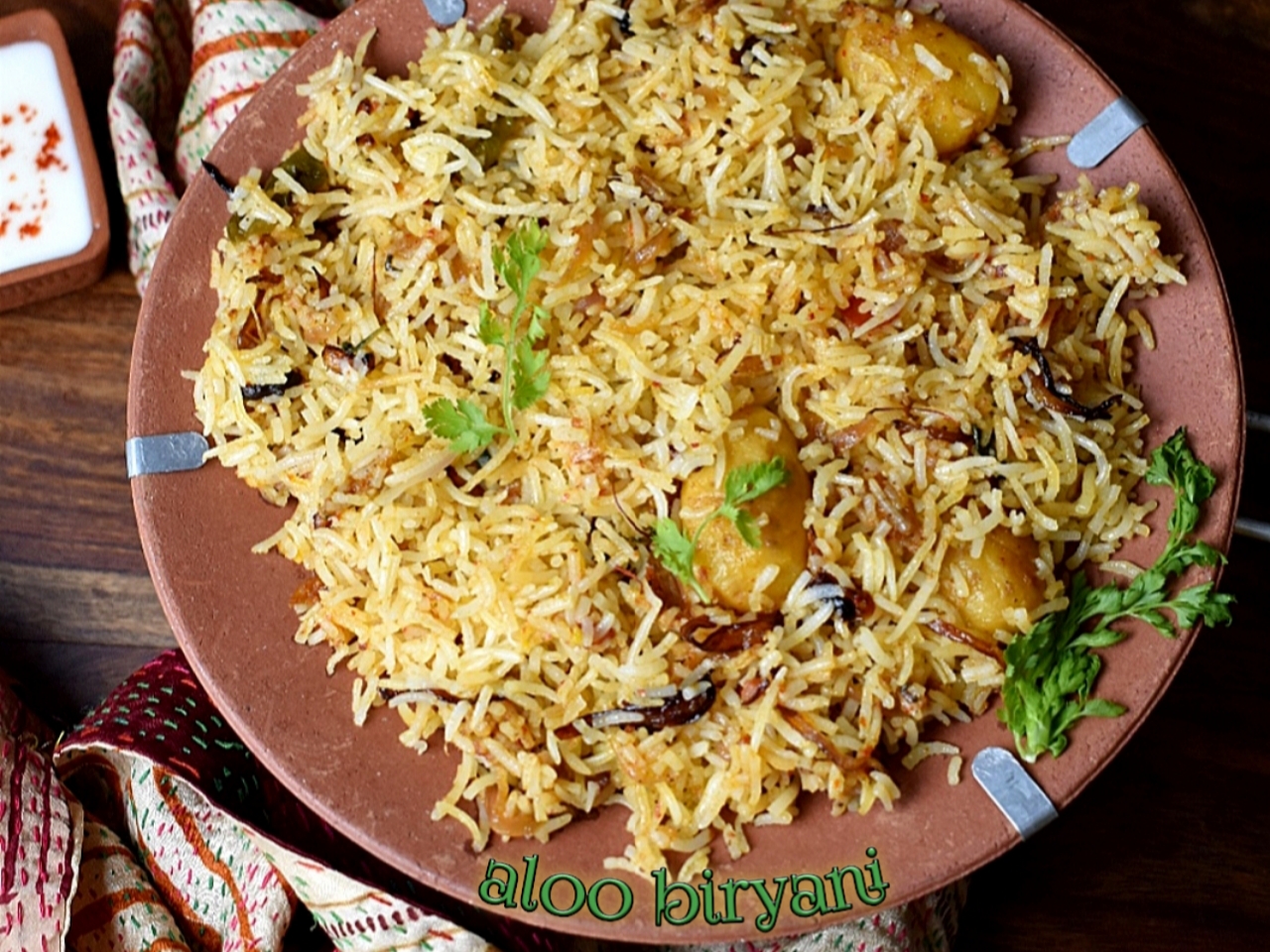 Aloo Biryani Recipe with step by step pictures– If you ask me, biryani is the best thing that can be prepared with rice. Biryani oozing with the aroma of spices, the flavor of birista (fried onions), a hint of ginger and garlic and wholesome of scrumptious baby potatoes, is aloo biryani. This aloo biryani recipe comes to my rescue when my fridge is short of other vegetables. Well, there is a different debate around, that there is no such thing as veg biryani. And we are not going into that discussion. This rice-based dish is deserved by one and all. Everyone should be entitled to the goodness of biryani, those who don’t eat non-veg for any reason as well as the ones who can’t make it because of unavailability. Potato biryani can be prepared for weekend lunch or dinner. It can be served with raita or your choice and some onion salad.

Baby Potatoes: I had baby potatoes and therefore I have used those to make potato biryani. However, if you do not baby potatoes, you can use the regular ones, just cut the same into halves or quarters depending upon the size of the potatoes.

Rice: There is rice especially available to make biryani. These are aged Basmati rice. These have longer grains and are so much aromatic. I always have a batch of biryani rice for my biryani recipes.

Spices: Whole spices such as cardamoms, cloves, bay leaves, etc are used to flavor rice. Other than these a few basic powdered spices are used to marinate the potatoes for aloo biryani.

Add-ons: Every biryani recipe calls for a few ingredients which are used while layering a biryani. And these include saffron milk, ghee, birista, mint leaves, etc.

How to make Aloo Biryani?

Perfect aloo biryani is absolutely aromatic but perfectly cooked and flavored potatoes and rice cooked to sheer perfection. In order to make aloo biryani, take care of the following points:

Biryani is so special. If you have any party or get together, with biryani on your table, everything is sorted. You might like Hyderabadi Dum Biryani, Veg Biryani etc. You might also like our collection of pulao recipes which includes Jodhpuri Kabuli Pulao, which is beyond any pulao recipe.

How to serve Aloo Dum Biryani? 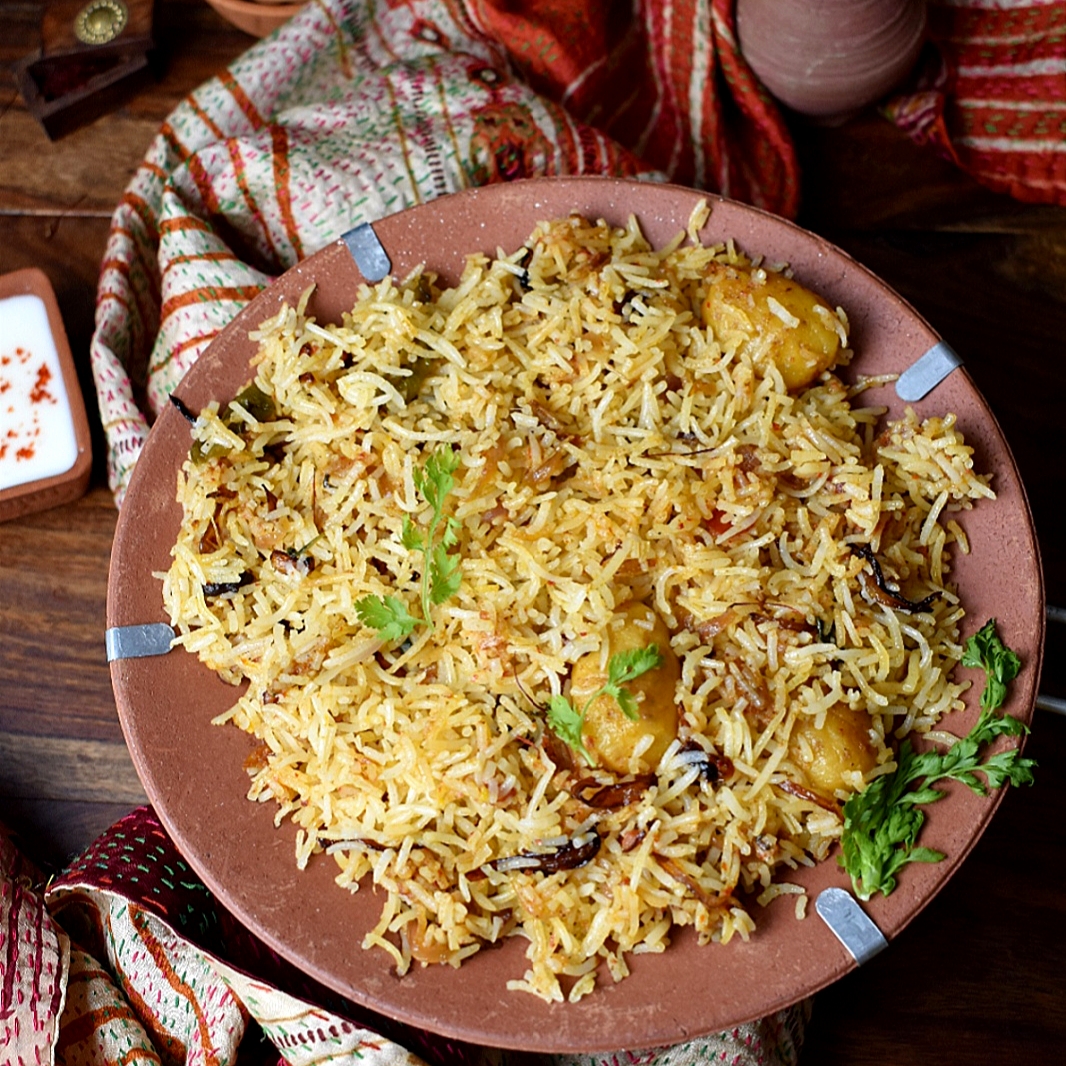 2.To marinate baby potatoes: Poke 150 grams of baby potatoes, using a fork and keep in water for 15-20 minutes.

4.Till the potatoes are cooked i.e. the toothpick inserts easily.

6.Crush and add ¼ cup birista too.

7.Add in fried potatoes to it.

8.Mix well so that the potatoes are well coated with the marinade. Cover and leave it for at least 30 minutes.

10.Strain the rice. You may discard the spices.

12.Add 1 sliced onion. Cook till the onions are translucent or soft.

13.Next add in 1 tsp ginger and garlic paste each. Also add in 2 slit green chilies.

18.To make Biryani: Add the marinated potatoes to the prepared gravy.

21.Followed by the potato gravy.

23.Top it with saffron milk, mint leaves and ¼ cup of birista.

25.Thereafter switch off the flame and let the biryani sit for 10-12 minutes. Puff up using a fork. Serve hot. Bon appetite! 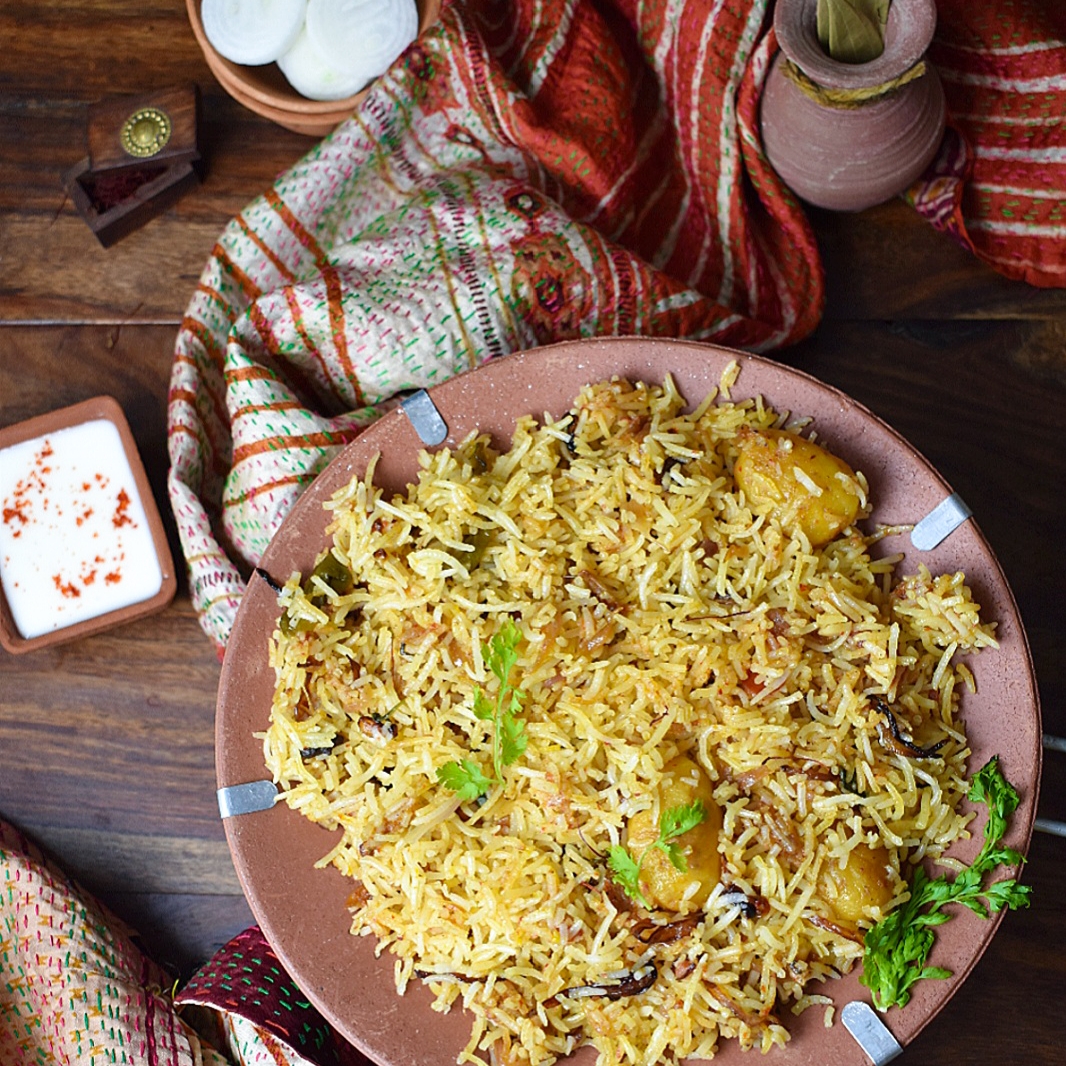 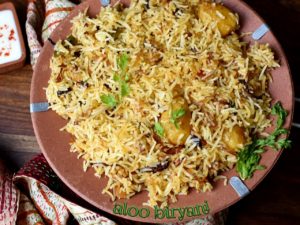 To cook rice for biryani:

To make gravy for Biryani: 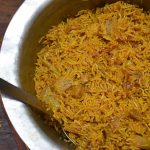 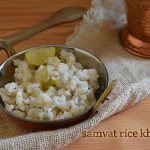 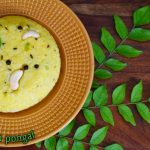 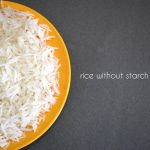 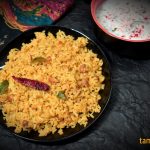