Which states are the parts of South India?

I still remember, as a child I always considered South India to be another state of Indi, until one day I learnt that South India has a number of states, each has its traditions, cuisines etc. As on date, South India comprises of the following states

Cuisine and dishes of Tamil Nadu

I believe the most popular South Indian Breakfast Recipes come from this state, i.e. Tamil Nadu. Tamil Nadu cuisine has an array of vegetarian as well as non-vegetarian delicacies. The use of a number of spice as well as ingredients is staple not only to Tamil cuisine but also to most of the South Indian Recipes. Spices such as red chilies, tamarind etc are used a lot! Tamil cuisine is predominantly rice-based cuisine. Other than rice, use of dal, vegetables, etc is also seen in Tamil cuisine. Popular breakfast recipes South Indian include Idli, dosa, vada, pongal, semiya etc.

Cuisine and dishes of Telangana

Telangana was born on 2nd June 2014. Although close to Andhra Pradesh, Telangana has the cuisine of its own. Again the food here is hot and the use of spices is more. Roti is the staple food in the households here as opposed to rice in Andhra Pradesh. Breakfast recipes South Indian, from the state of Telangana, are Sarva Pindi, Makka Rotti, Sabudana Upma, etc.

Cuisine and dishes of Kerala

Whenever my friends and relatives would visit Kerala they would get us a pack of aromatic spices. Yes, Kerala is known for the production of spices such as cardamom, cloves, cinnamon, black pepper etc. These spices play a very important role in the cuisine of this state. Rice is also grown in abundance and therefore is the main ingredient for most of the dishes prepared here. Popular South Indian breakfast recipes from the state of Kerala include idli, dosa, idliyappam, appam, puttu, pathiri etc.

Cuisines and dishes of Karnataka

Just as the other cuisines of the South Indian states, the cuisine of Karnataka too has both vegetarian as well as non-vegetarian dishes. The most popular breakfast recipes from the Kannada cuisine are bisi bele bhath, neer dosa, chow chow bhath etc.

Idli is soft steamed cake made with fermented batter of rice and lentils. Idli is the staple food of South India. However, because of its simplicity, it is loved by everyone, everywhere South or North India or outside India. Idli is served with sambar and coconut chutney. You might also like rava idli, idli pakoda etc. 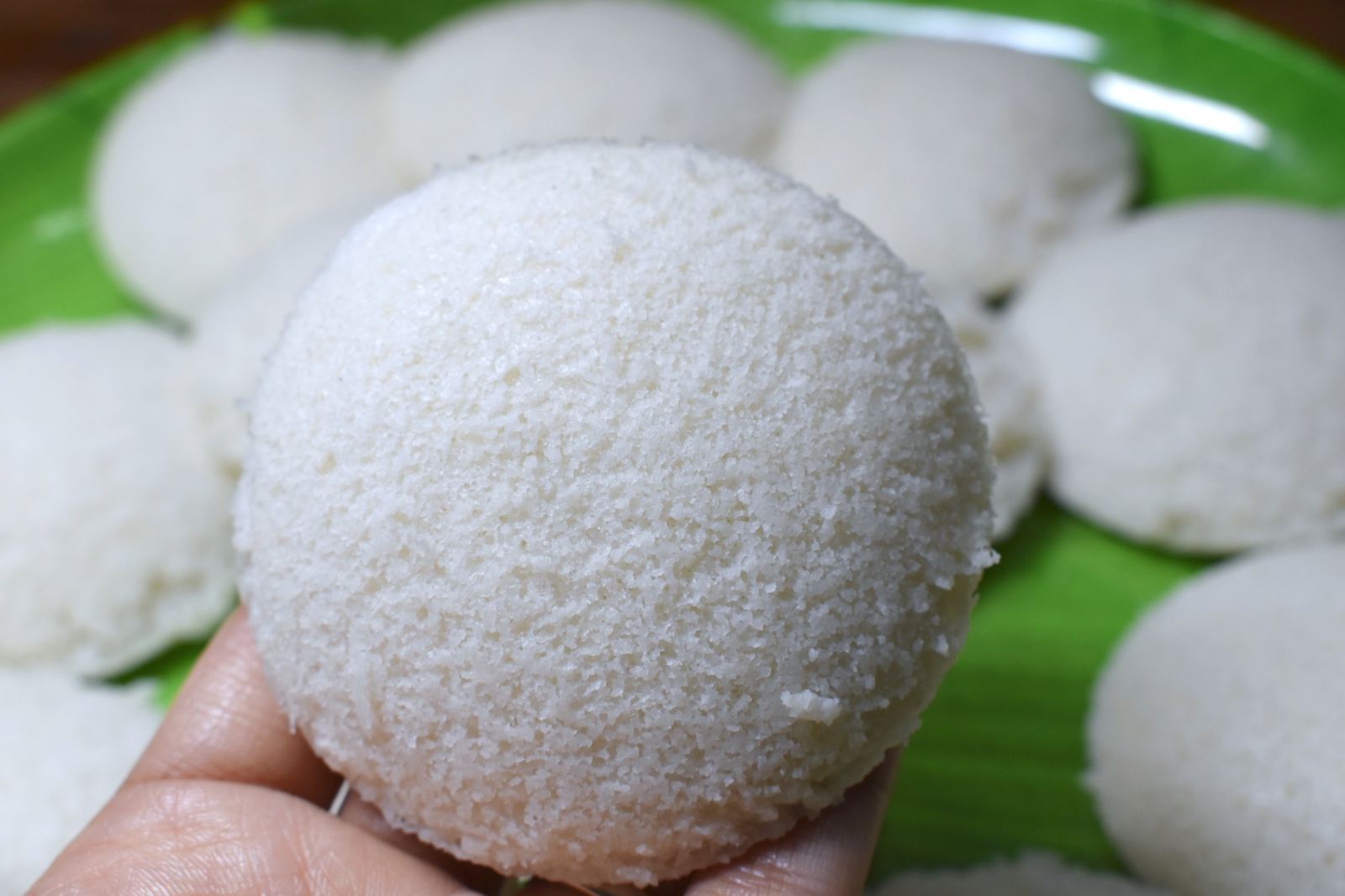 The most popular Indian recipe for a snack from the state of Tamil Nadu; made with the fermented batter of rice and lentils; flavored with curry leaves, green chilies, ginger; carrying the crunch of onions is Paniyaram. Basically, dosa batter or idli batter recipe works for the Paniyaram recipe. 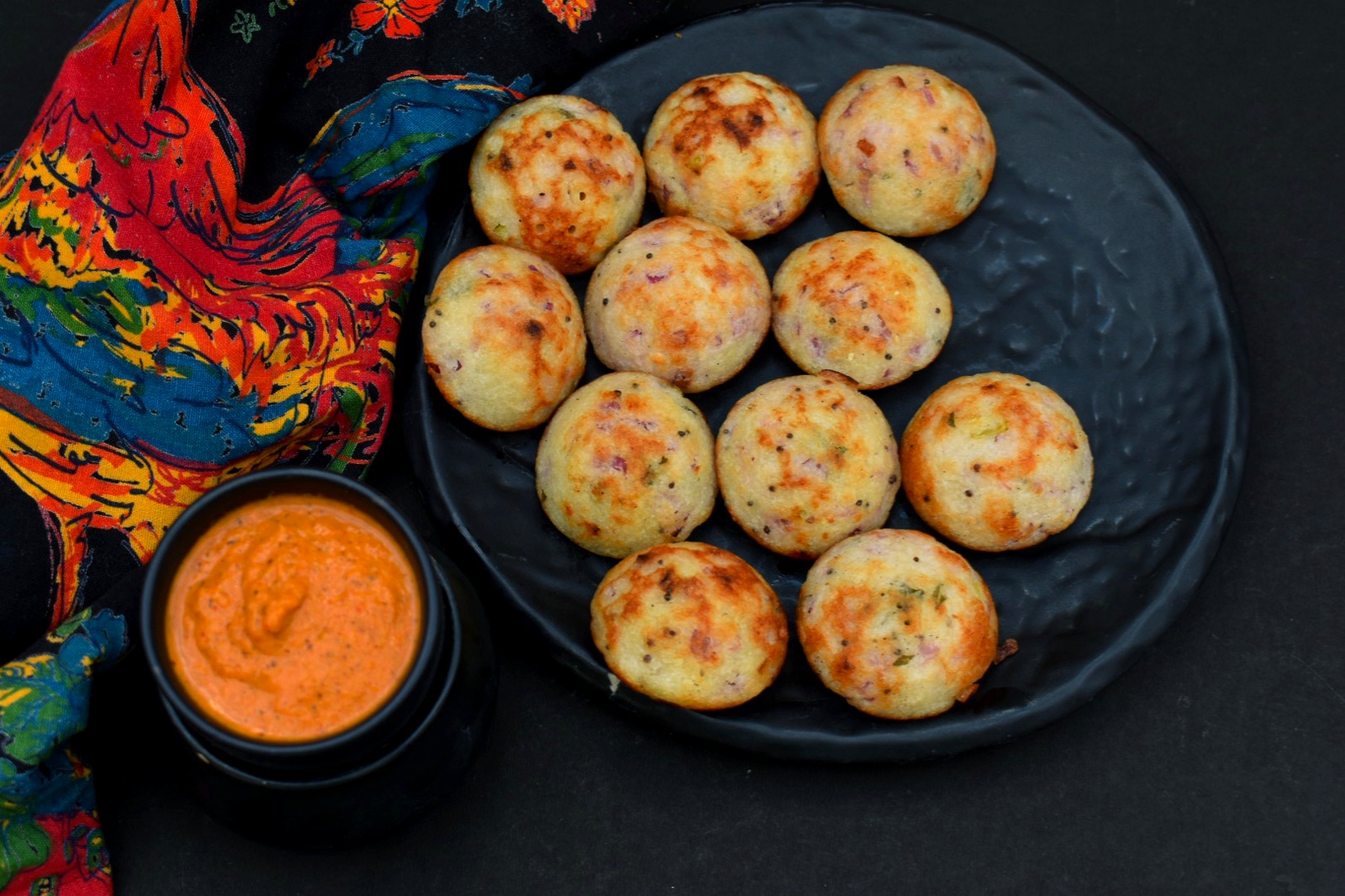 Upma is a very popular South Indian recipe made using cream of wheat i.e. sooji / rava. The crunch of lentils and freshness of lime and coriander makes upma recipe very delicious. Upma recipe is a healthy and quick recipe. Upma is a great breakfast option. You might like semiya upma, poha upma etc. 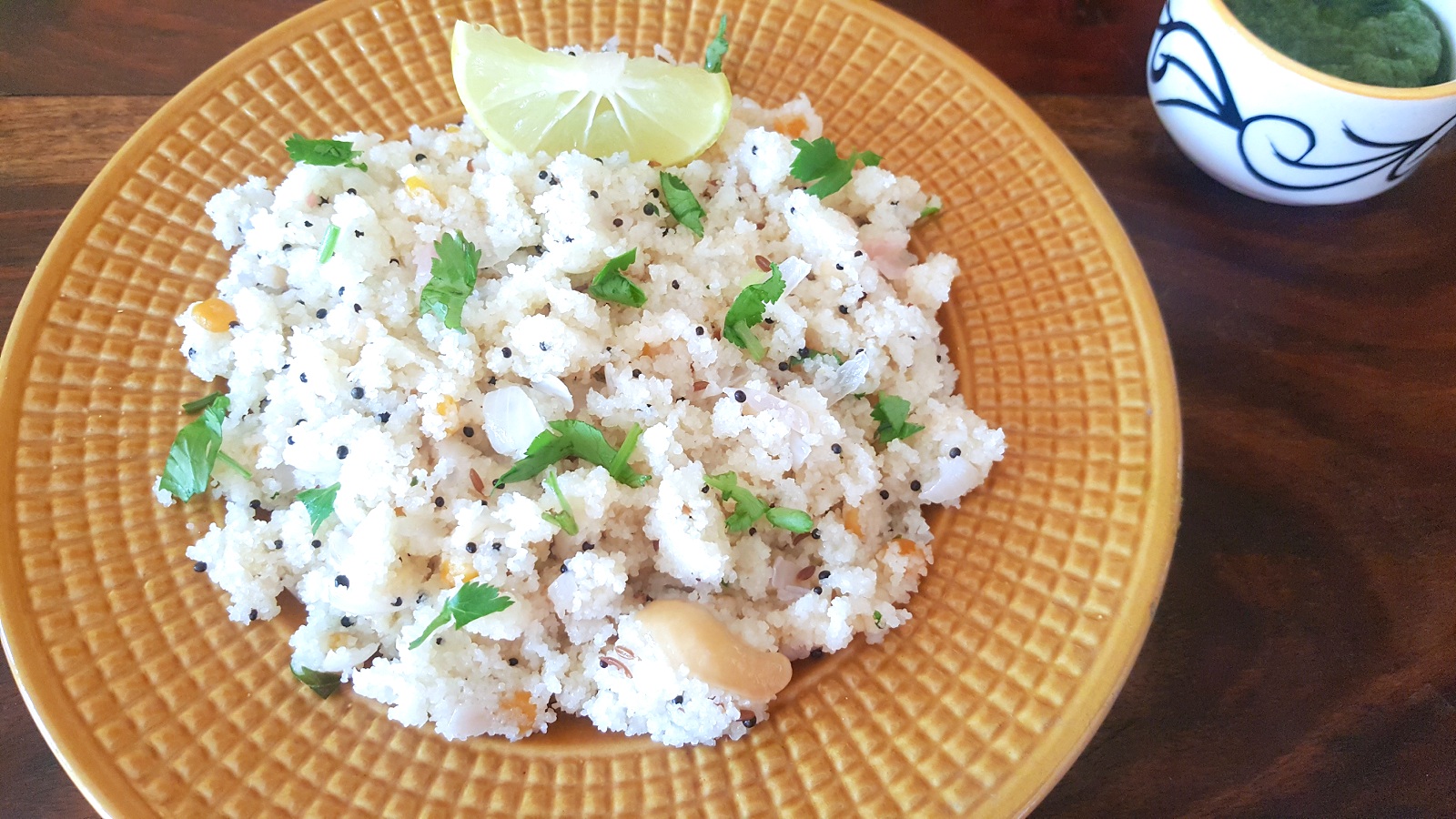 It is a very interesting, healthy and delicious dish from the state of Andhra Pradesh. Dibba roti is also known as minapa rotti. It is made up of urad dal and idli rava. It is crisp as a dosa from the outside and soft and spongy as idli from the inside. It can be served for breakfast or brunch with chutney or pickle. You might also like Dibba rotti using idli batter. 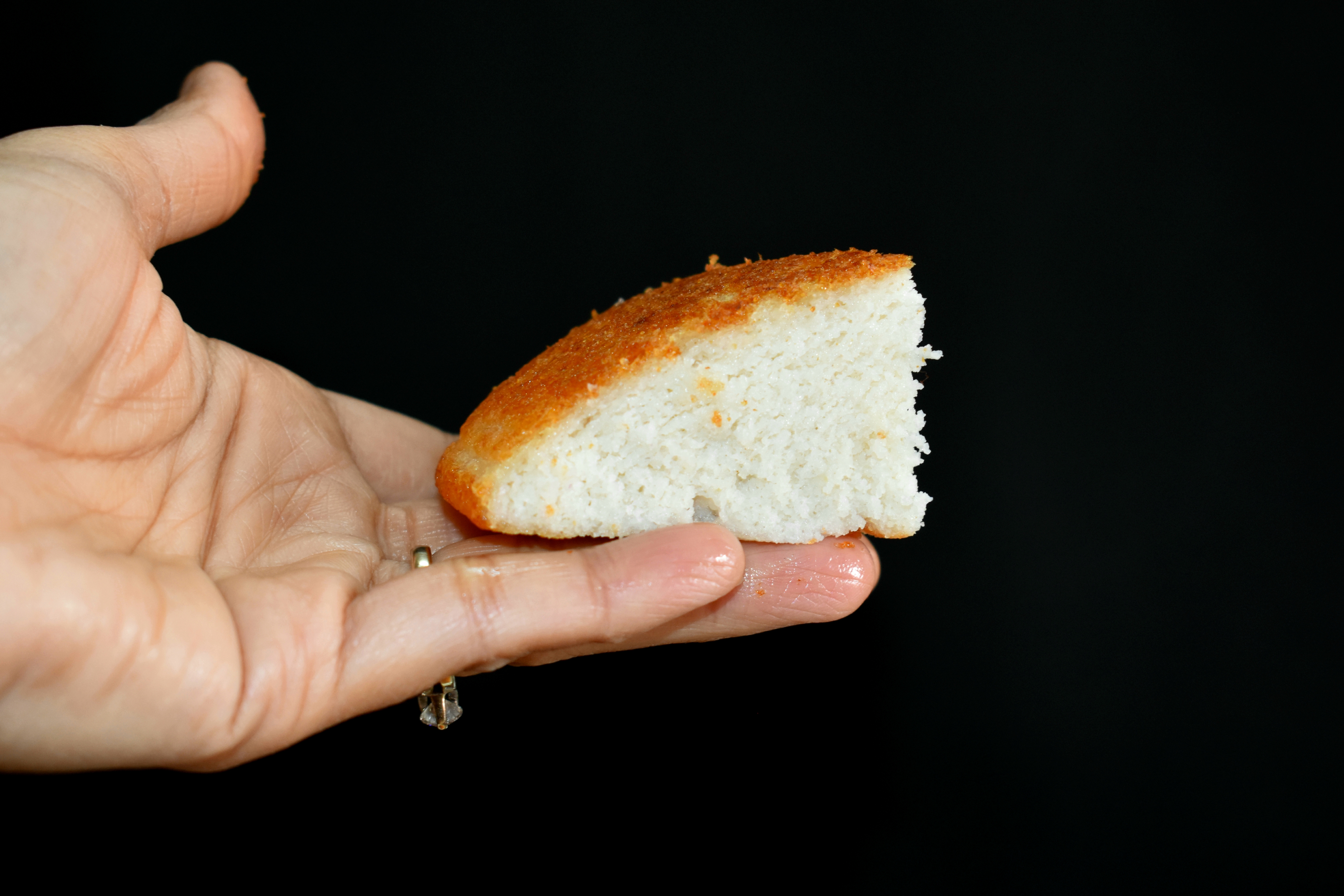 Dosa is a pancake typically made using rice and lentils (although very distinctive ingredients which are uncommon to south Indian food are also being used to make dosa such as oats dosa, bread dosa, etc). Generally, dosa is crisp and thin. It is stuffed with some mixture, however, this recipe deals with plain dosa. You might also like neer dosa. oats dosa etc. 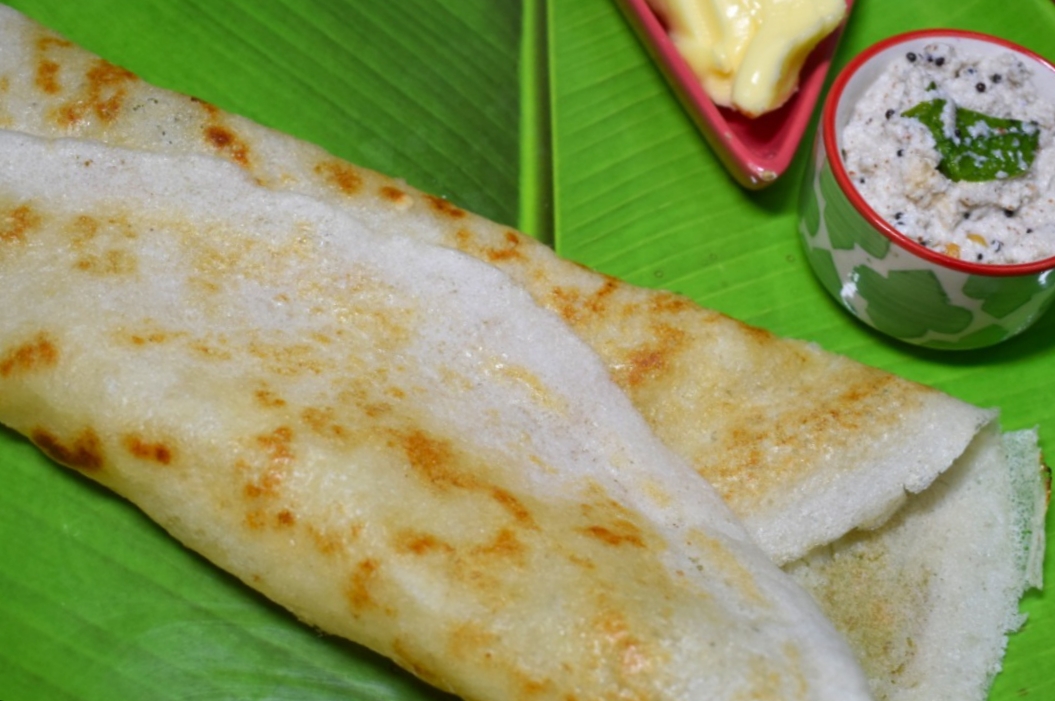 Rice flour pancake from the state of Telangana/Andhra Pradesh, which bursts with the flavors of ginger, garlic, green chilies, curry leaves, and coriander leaves, has the bite of chana dal, sesame seeds, roasted peanuts, etc. is Sarva Pindi. It is also known as Ginnappa/Tapala Pindi. 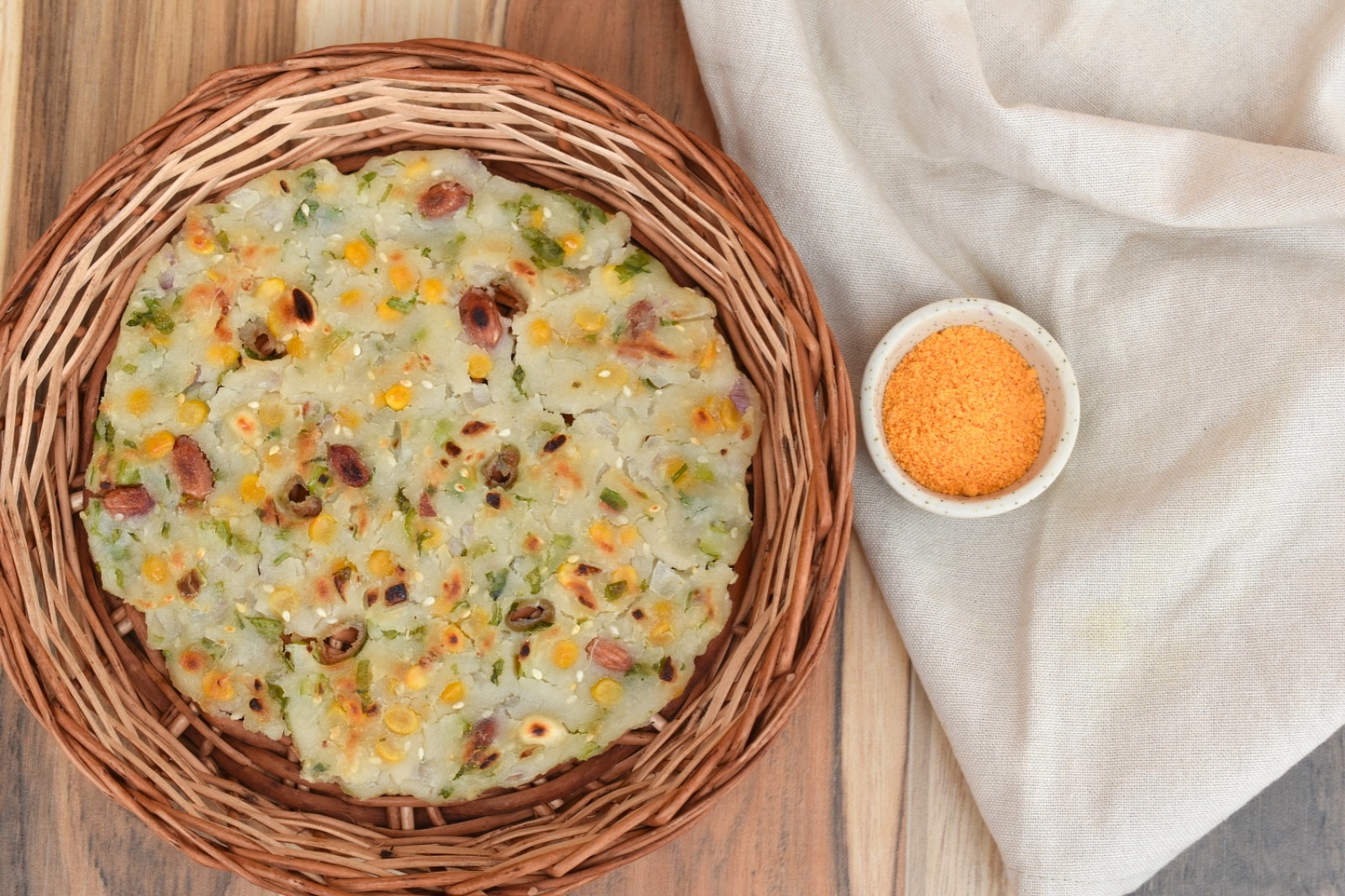 Crispy vada made using chana dal and urad dal, flavored with ginger, green chilies, whole coriander seeds. spiced up with red chilies and black pepper, with the bite of onions and refreshing green coriander leaves is masala vada. It is a very popular South Indian recipe for tea time snack. You might also like instant medu vada etc. 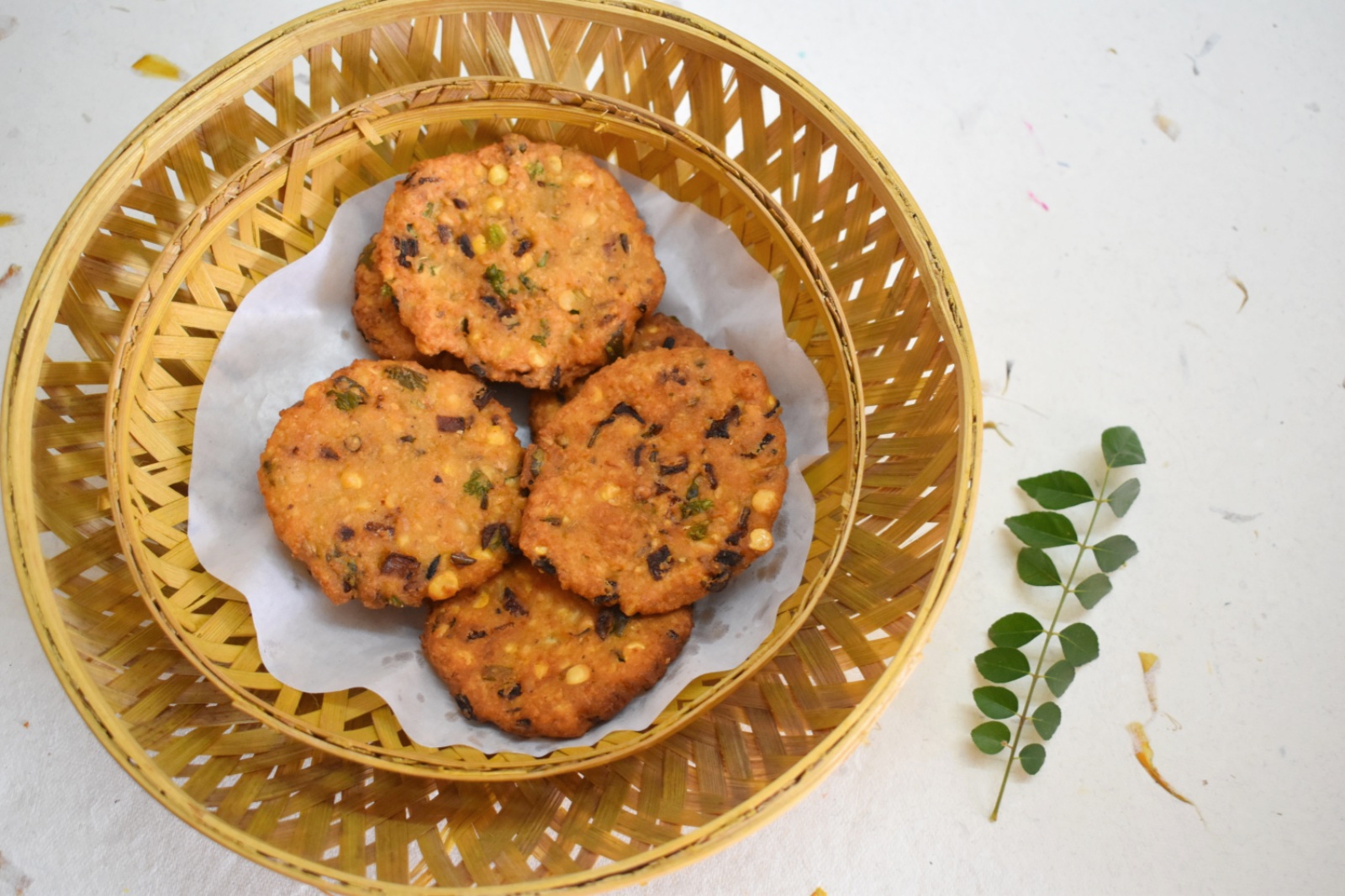 Thick pancake with crisp edges and soft and spongy insides topped with vegetables, a popular South Indian breakfast, is vegetable uttapam. This is the third most popular South Indian food item after idli and dosa, according to me :). I use a common batter for my idli, dosa, uttapam and other such recipes. This recipe also uses the leftover idli dosa batter. 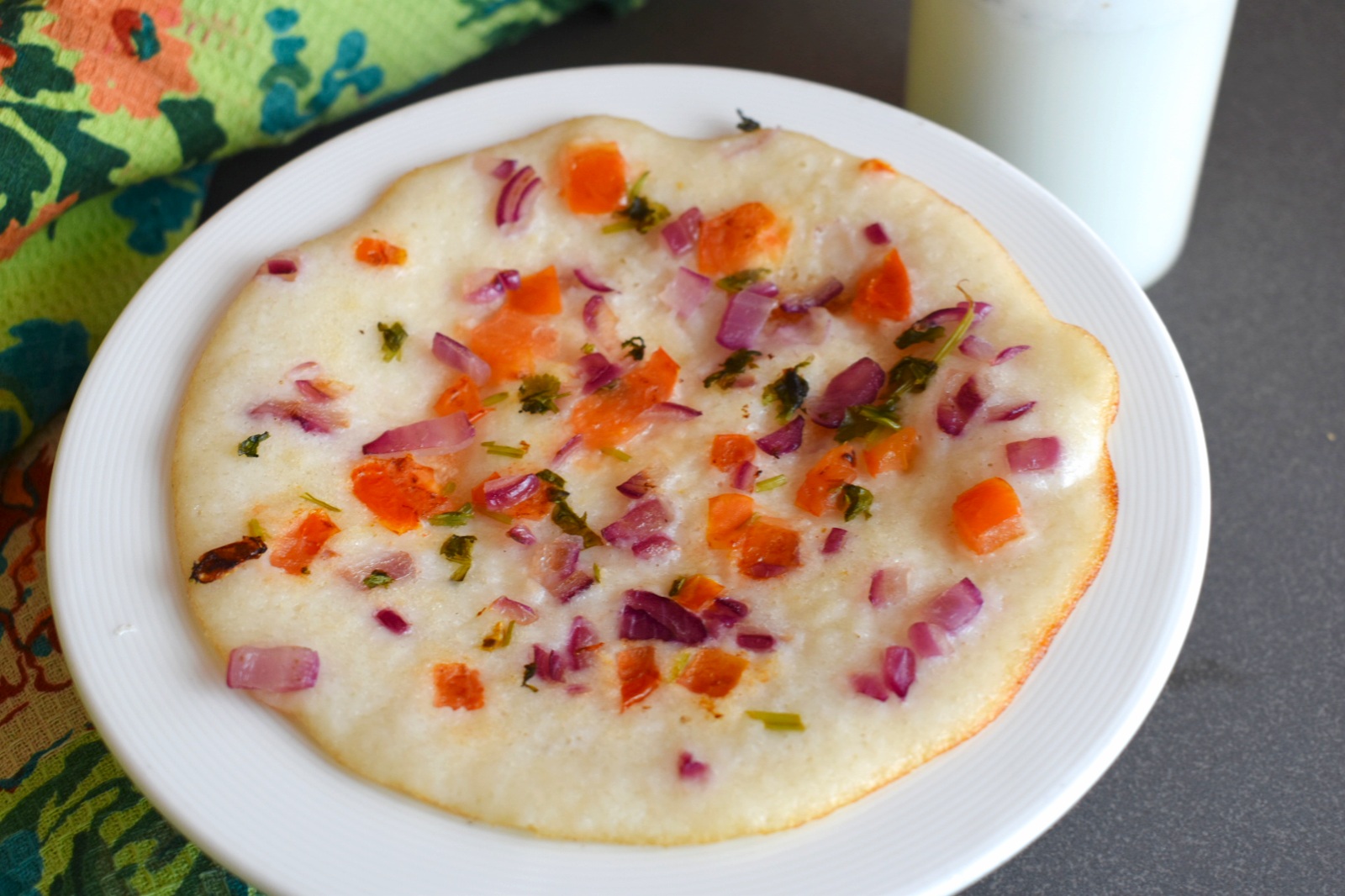 A very popular Indian recipe from South India, Tamil Nadu, to be particular, made with rice and lentils, tempered with whole black pepper, cumin seeds, curry leaves, ginger, green chilies, and roasted cashews, is ven Pongal/Khara Pongal. It is served with sambar and coconut chutney. Ven Pongal is a very easy, healthy and savory rice recipe. 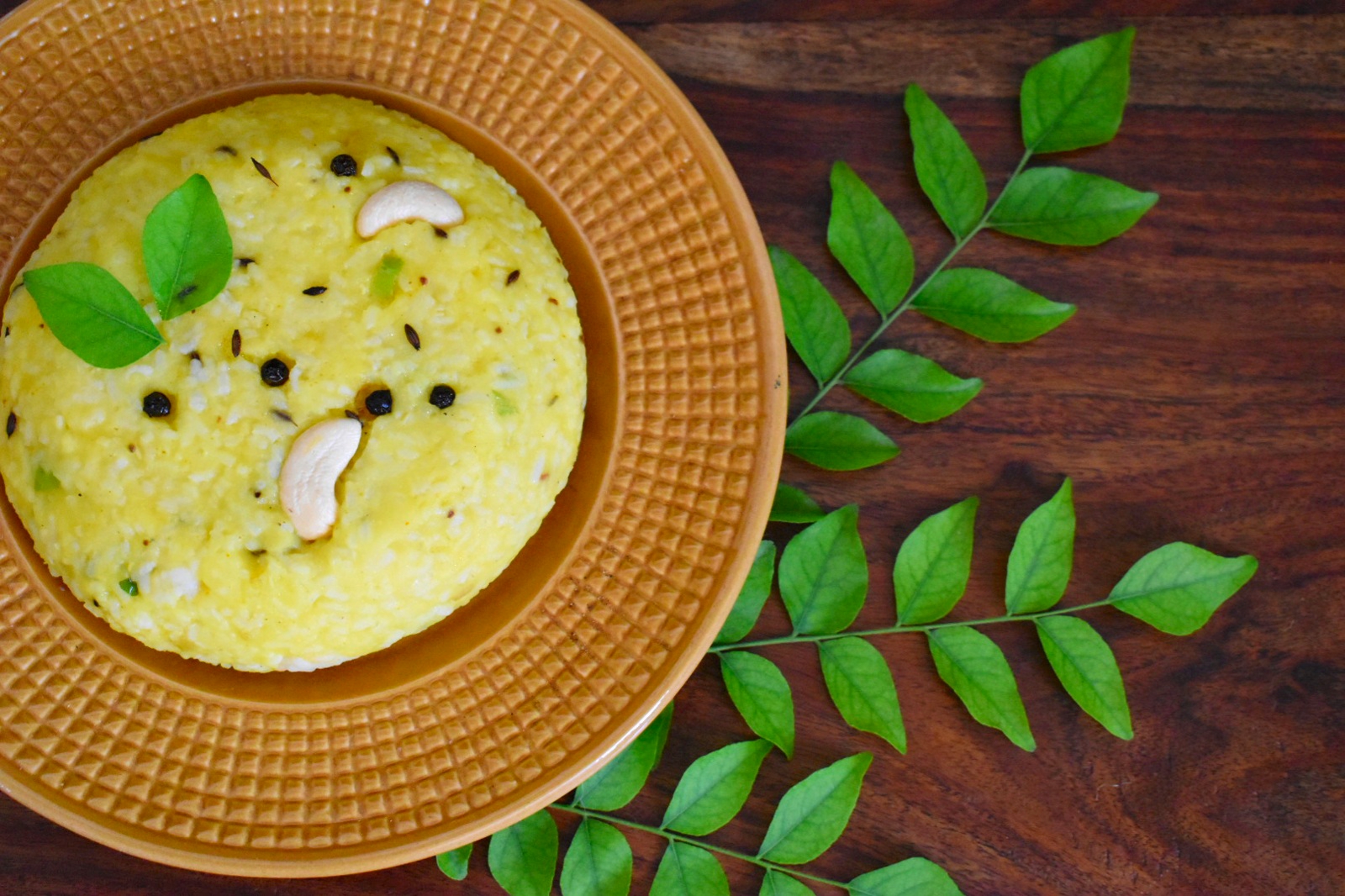 Pathiri is a chapatti made up of rice flour. Here I am sharing the recipe for deep-fried pathiri known as neypathiri which hails from the Malabar region. Pathiri is an absolute flavor-packed deep fried snack made using rice flour. It has the striking flavor of hot chilies and subtle and fruity flavor of fresh coconut. 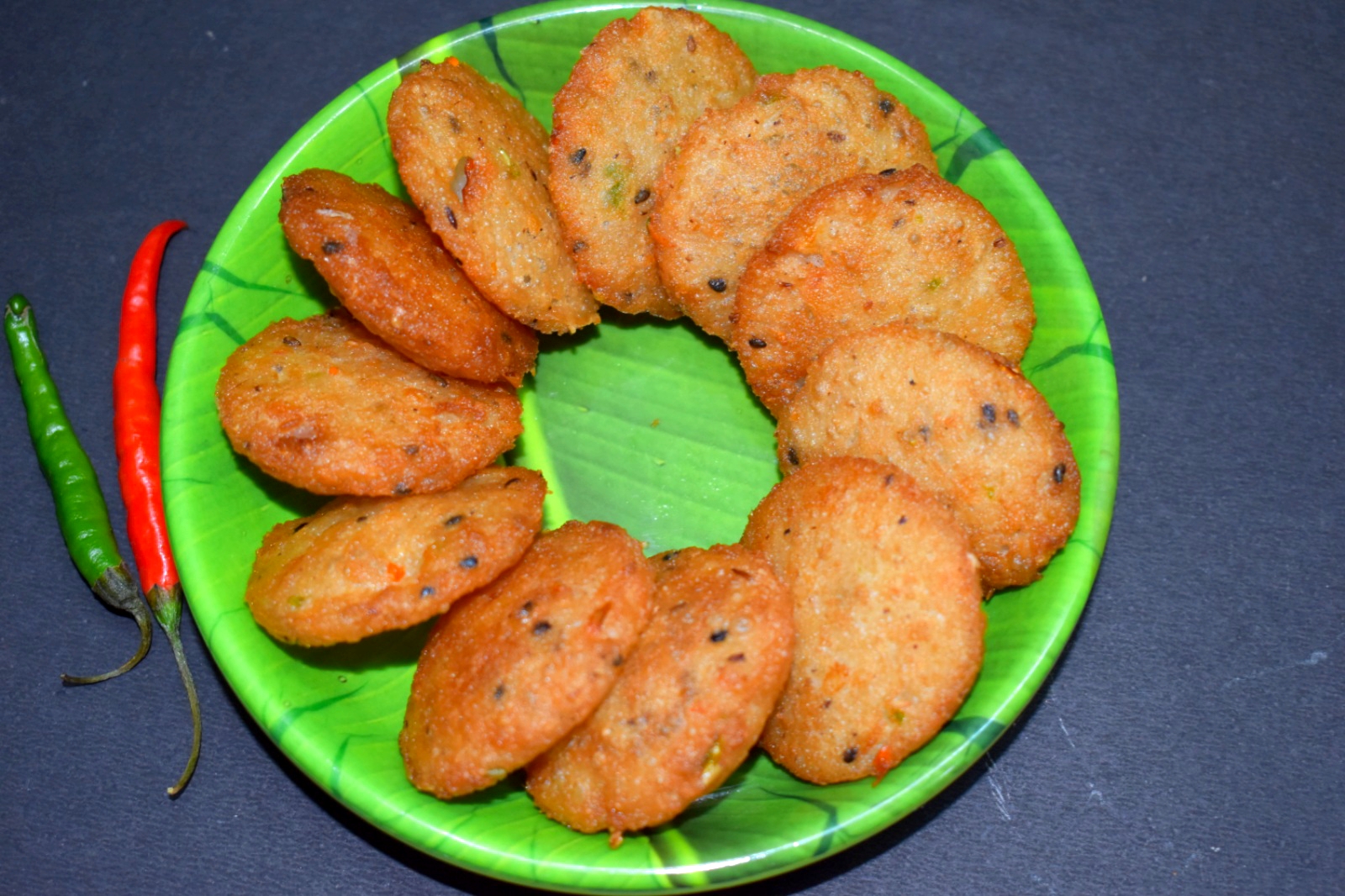