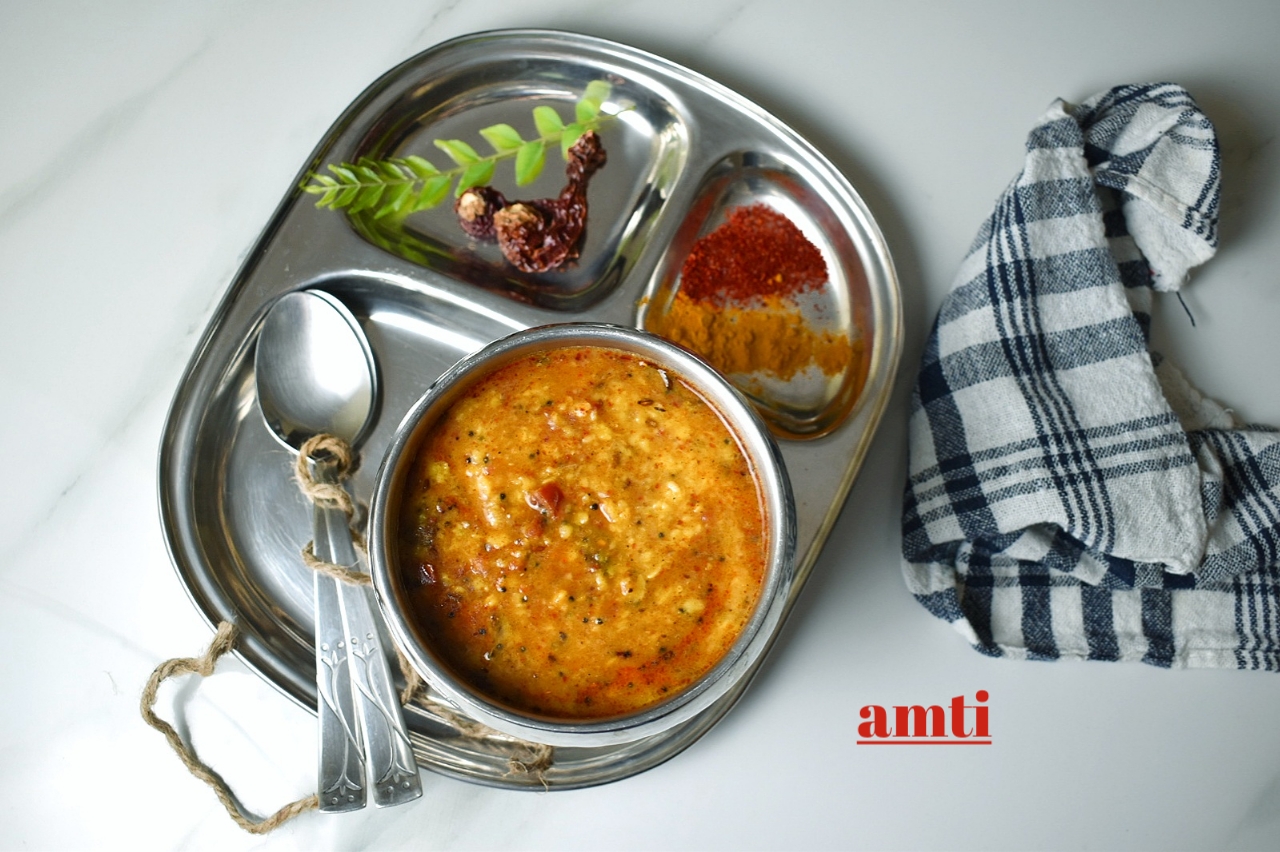 Amti recipe with step by step pictures– Amti is the Maharashtrian take on arhar ki dal. Dal bursting with the punch of kokam, slight sweetness of jaggery, the heat of goda masala, earthiness of coconut and flavors of cumin seeds, mustard seeds, curry leaves, etc. There are a number of ways in which arhar ki dal is prepared across the country. Every state has its take on it, followed by every kitchen.  In UP arhar ki dal is made in one way and it takes the form of sambar or rasam, when it reaches South India. On the way from UP from South India, when it halts at Maharashtra, it is loaded with flavors. Amti is absolutely toothsome. It can be prepared easily. If ever you are in a mood to make the arhar ki dal in a different and wondrous way, so try this recipe. Amti is best served with some rice.

Arhar Dal: This dal amti calls for Arhar ki dal. Arhar ki dal is cooked with salt and turmeric, just the way we do it for any dal recipe. It is the tempering that takes arhar ki dal to another level and makes it amti.

Kokum: Kokum adds pungency to amti. You can use tamarind pulp instead.

Jaggery: Jaggery powder balances the flavors very well. It does not add any prominent sweetness. It simply makes everything fall into place.

Goda Masala: This spice mix is an essential part of Maharashtrian cuisine. It is like the Marathi garam masala and is used in most of the dishes. It adds a peculiar flavor to the dish. You can use the regular garam masala in absence of goda masala but then you will be compromising on the flavors.

Tempering: Cumin seeds, mustard seeds, curry leaves, chopped tomatoes, red chili powder along with the above-mentioned goda masala are used to temper amti. In the case of tempering, care should be taken not to mash the tomatoes completely. Few bites of tomatoes make the amti more delightful.

Fresh coconut: This adds a lot of brightness to amti.

How to serve Amti?

Serve it hot with rice for a weekday meal. 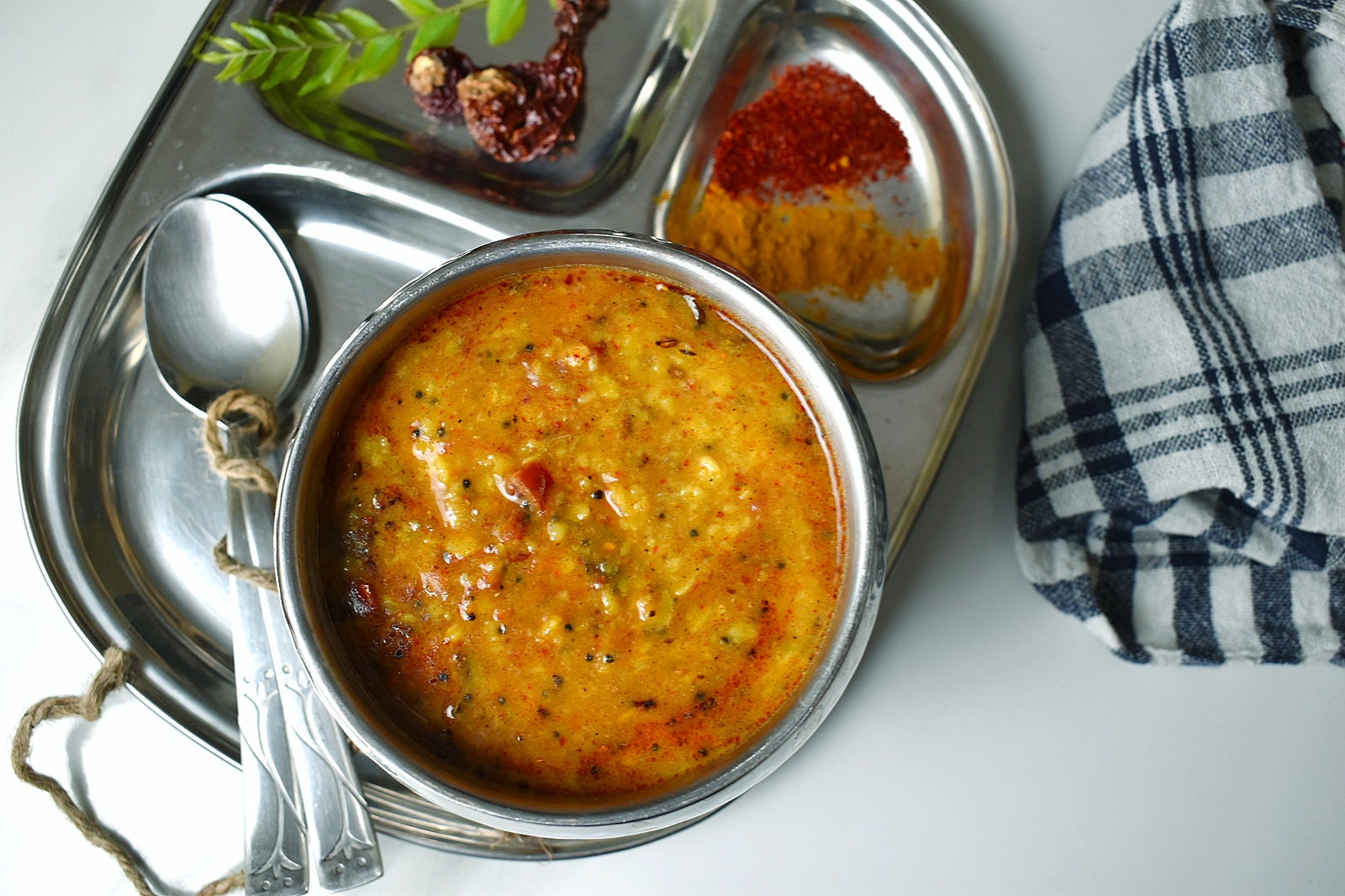 2.In a cooker add ½ cup soaked arhar dal. Along with that add in 2 cups of water. Next add salt to taste.

3.Also add ¼ tsp of turmeric powder. Pressure cook on high flame till the first whistle. Thereafter reduce the flame and cook for another 10 minutes. Let the pressure release. Then open the cooker and check the dal. It should be cooked and dal. Adjust the seasoning and consistency if required.

7.Let these splutter. Next add a handful of curry leaves. Next add a ig pinch of asafetida (heeng).

9.Next add 1 tsp of red chili powder. Cook for a minute.

Tips:Recipe link to goda masala in the ingredients section. 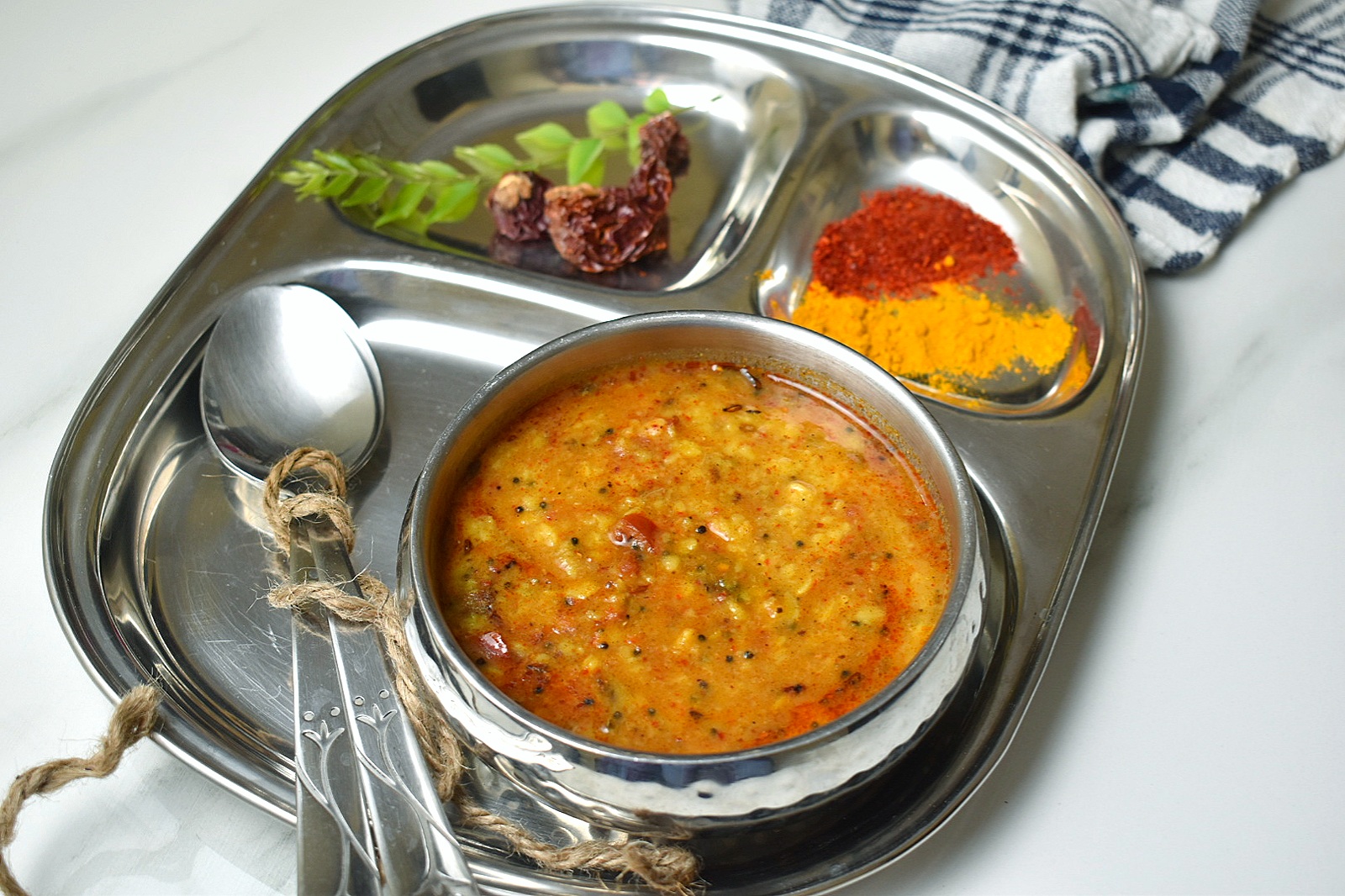 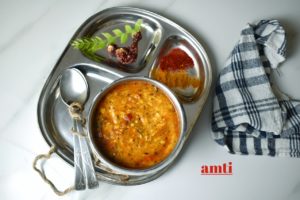 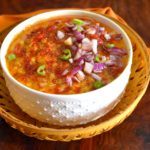 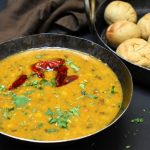 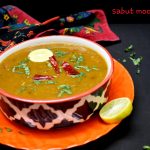 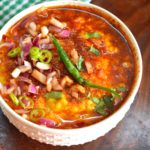 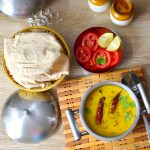