Coarse flour prepared from corn without separating the bran, germ, etc. thereby maintaining the nutritive value of the flour is Maize Flour. Maize flour is also known as cornmeal or makai ka atta in Hindi. Maize flour recipes are popular in India during winters. It is used in many culinary preparations.

What is the difference between cornmeal, cornflour and corn starch?

Makki ka atta which is used for the maize flour recipes is the cornmeal. Cornmeal is the coarse powder of corn. When it is powdered to a fine powder it becomes corn flour. Cornmeal and cornflour have the flavor of corn. When the endosperm of the corn is finely powdered, it becomes corn starch. Corn starch has no flavor of its own. It is used as the thickening agent. With this, a lot seems sorted.

Coarse powder of dried corn is cornmeal. It has the flavor of corn. It can be used as the main ingredient for maize flour recipes.

Fine powder of dried corn is corn flour. It has the flavor of corn. It can be used as the main ingredient.

Fine powder of the endosperm of corn is cornstarch. It has no flavor of its own. It is not used as the main ingredient, instead of as the thickening agent.

What is the difference between Maize and Corn?

Well, this question just popped my mind and I went all over Google and nothing was much clear there too. I think when we say maize or corn we are talking about the cereal grain but what becomes important is that where we are talking? If we are in North America, we would call it corn and if we are in Britain we will be calling it maize. Also, the context in which these terms are used, make a difference. In scientific reference, the word maize is used whereas while talking about food i.e. in culinary context the word corn is used.

Corn is rich in natural sugar and carbs. Well, this can be good news for some and bad news for many. However, there are certain benefits which are advantageous for everyone:

Anemia is a blood disorder in which there is a lack of hemoglobin in the blood. The most common type of anemia is iron-deficiency anemia. Corn is rich in iron, folic acid, and vitamin B6. This helps in preventing anemia.

Fiber is very important part of a good diet. It keeps the bowel movement proper, thereby reducing the problem of constipation. 100 grams of corn contains 7.3 grams of dietary fiber.

The carbohydrate requirement is 45%-65% of the total dietary calories. This means we need enough carbohydrates to maintain a healthy diet routine. Corns are a great source of carbohydrates and can be added in the diet if you lack enough carbs.

Corn is rich in vitamins, especially vitamin C which is so important for the skin and hair.

If you are under-weight do not munch unhealthy food. There are healthy ways to put on weight and corn is one of the best examples of such food. High in calories and rich in carbs corn is the right choice of food for the ones trying to gain weight.

Having discussed the health benefits of maize flour, here are the recipes using maize flour you have to try this winters:

Makki di roti is the popular Punjabi flatbread made using cornmeal or maize flour. Makki mean maize, di stands for of, and roti means a flatbread, so makki di roti as in maize flour flatbread. The best way to relish this winters’ delight is with sarson ka saag. However, we have it with many gravies and chutneys and it tastes divine. You might also like bajre ki roti. 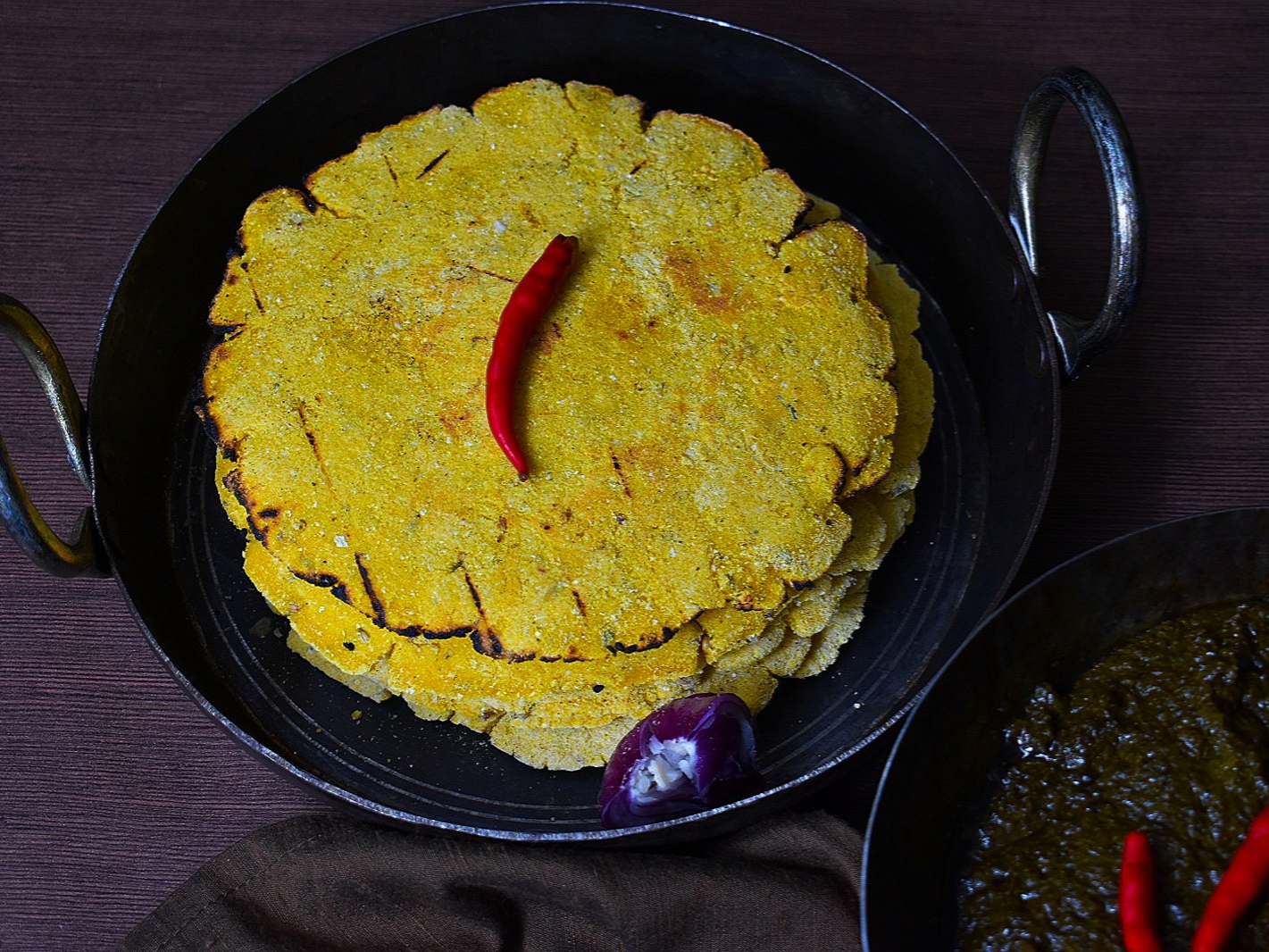 Makai dhokla is a flavourful steamed cake made with cornmeal (makai ka aata). It has a soft but firm texture and has a strong flavor of sesame oil, spring onions, green garlic, etc. It is a healthy and gluten-free recipe. Makai ka dhokla belongs to Rajasthani cuisine and is relished during winters. 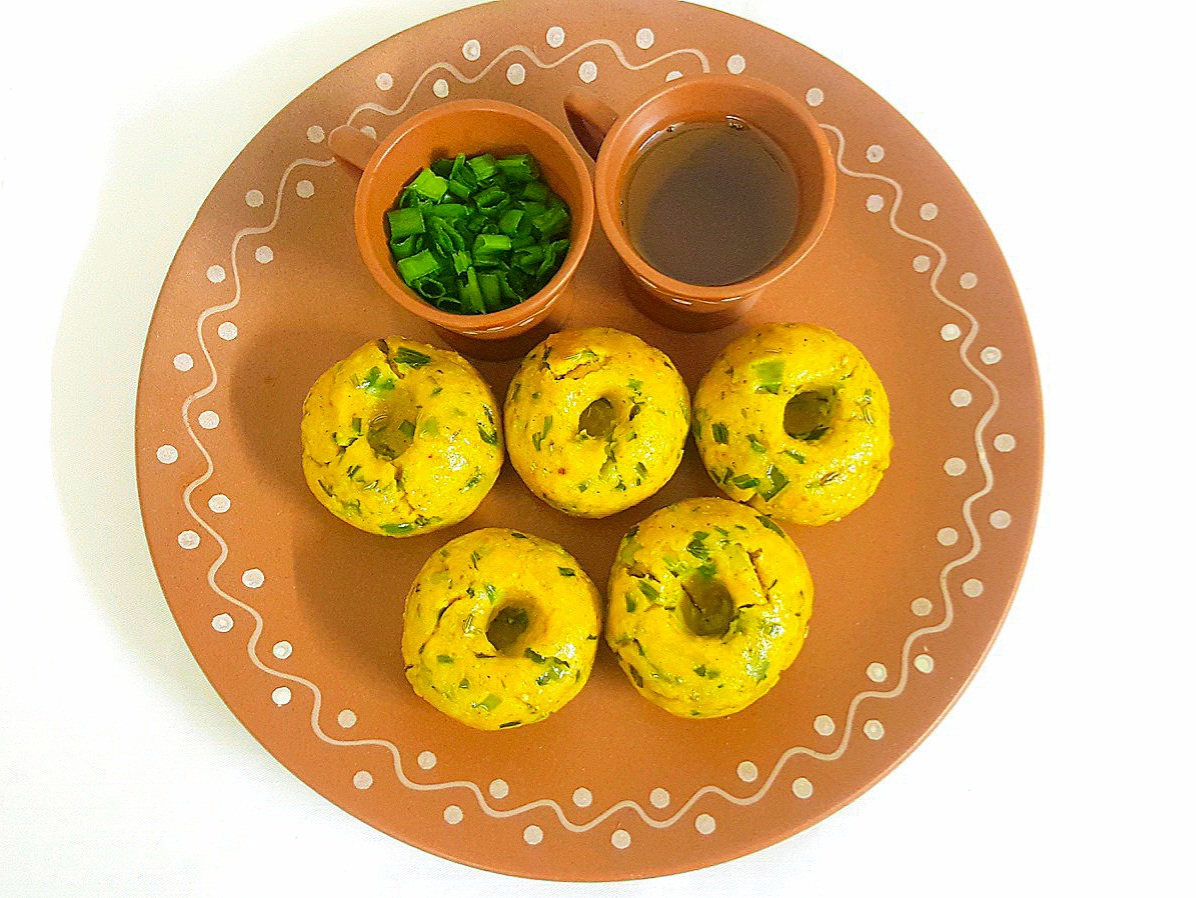 Crispy and puffed up pooris made using maize flour (makki ka aata) is makki ki poori. The poori has wonderful texture as it is crisp as well as crumbly. I always thought that makki poori must be tricky but I was surprised to see how simple it was. Each poori puffed beautifully and remained puffed till served or till punctured, you know what I mean! You might also like our collection of poori recipes. 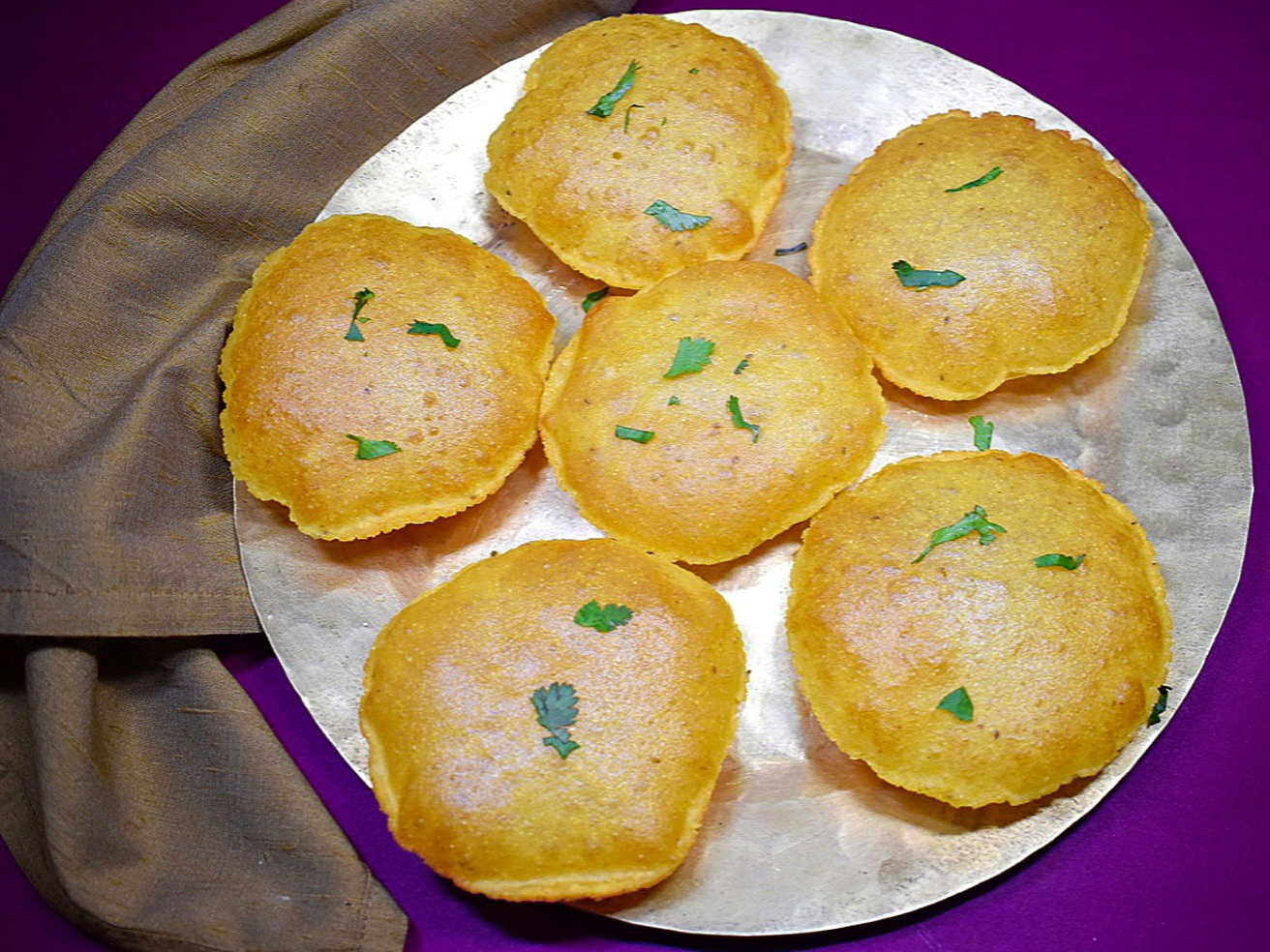