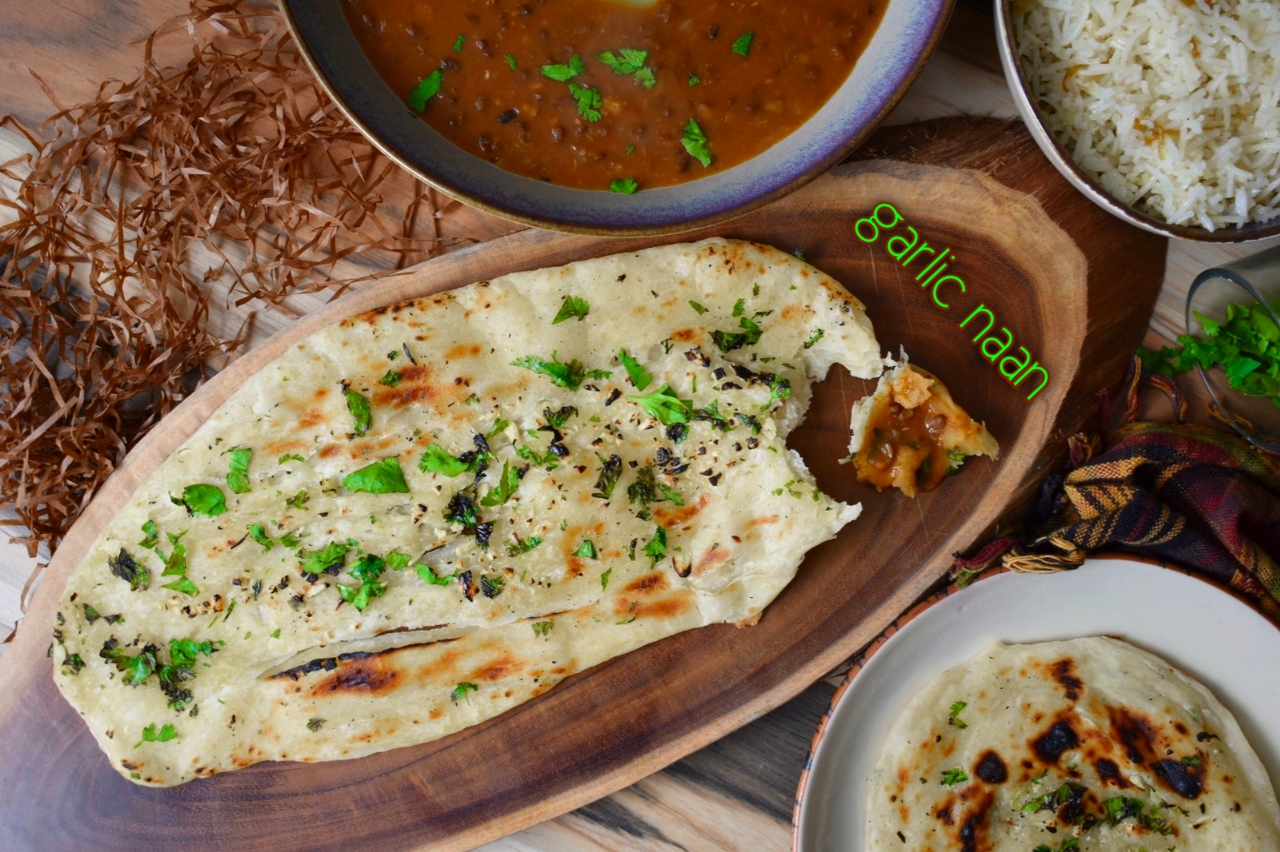 How to Make Garlic Naan

Leavened flatbread which is has a melt in mouth texture but is flaky at the same time, very well completed with the flavor of garlic and saltiness of butter is garlic naan. This naan recipe doesn’t call for yeast. The garlic naan has been made without any oven still it has the texture as that of a naan prepared in tandoor. Naan is one thing I love to make at home. Because often at the restaurants, the naan is quite chewy and if the food is ordered, by the time naan reaches home, it has lost its texture. So, it is better to know how to make naan at home? Garlic naan can be served with dal tadka, malai kofta, butter paneer masala, etc. In this post, you will find the step by step pictures and video showing how to make naan?

What is naan made from?

Flour: Garlic naan is prepared using all-purpose flour (maida). It can be prepared with whole wheat flour or combination of both the flours but the texture will definitely differ.

Butter: Butter is used while making the dough of naan, also while rolling the naan. Further melted butter is brushed on the naan once it is ready.

Milk: Milk has been used to make the dough for naan. Water can be used instead of milk; however, milk gives much softer naan.

Other ingredients: Salt, powdered sugar and oil too have been used.

How to make Naan?

How to serve Naan?

Serve it with dal makhani for weekend dinner. 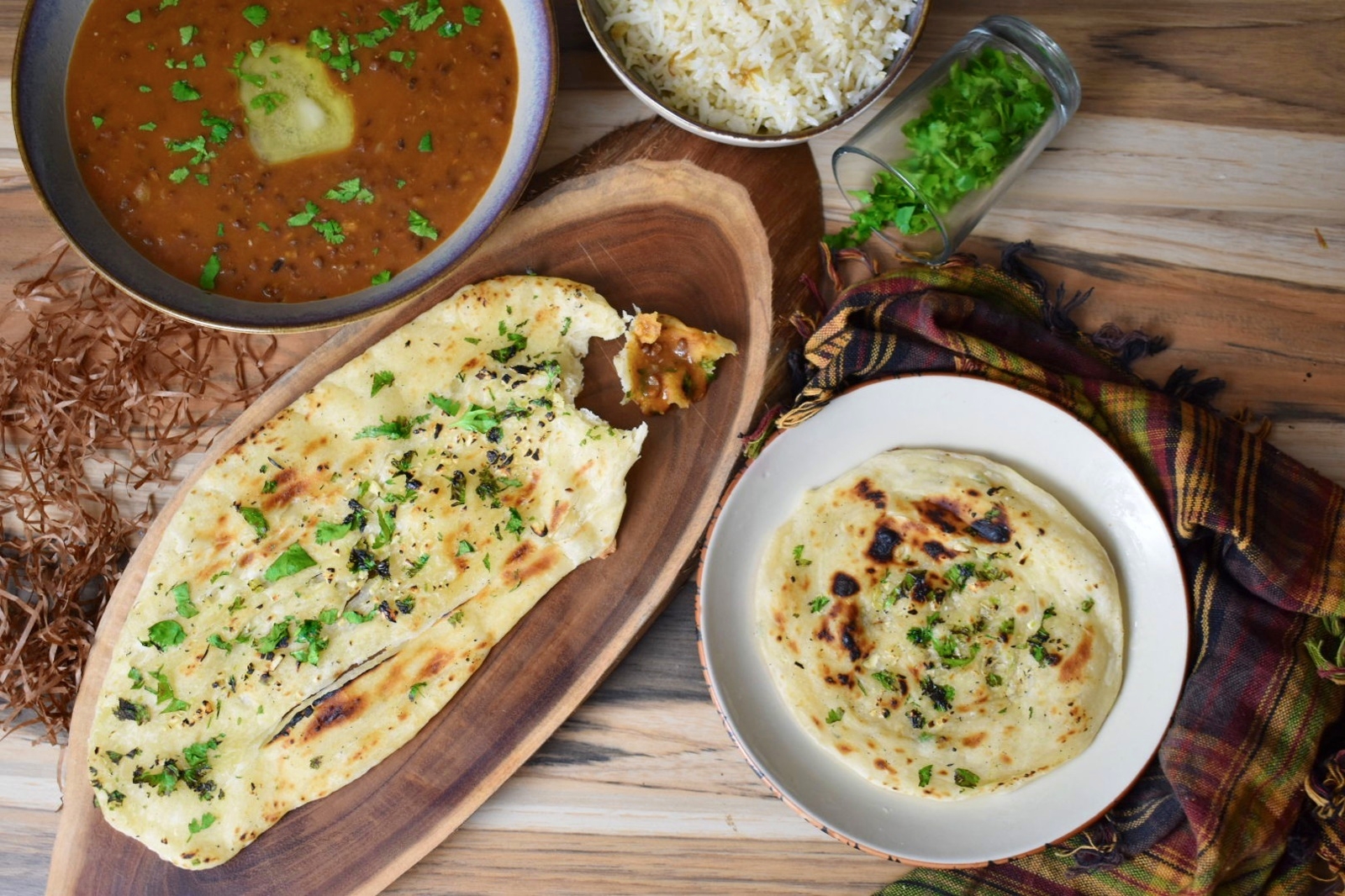 2.In a mixing bowl takes 2 cups of all purpose flour.

3.Next add in salt to taste.

11.Start kneading the dough using the heel of your palm.

12.After kneading it for 5 minutes, it will stop sticking to the hands.

13.Add a few drop of melted butter and knead.

14.After kneading for another 2-3 minutes, the dough will come together and stop sticking to the counter.

16.Knead for another 2-3 minutes till the dough is absolutely smooth.

19.Dust the counter with some flour and start rolling the dough portion.

22.Apply melted butter on it.

23.Next sprinkle all purpose flour.

25.Bring the plates together.

28.After rolling it half way through, add chopped garlic on it.

30.Roll it. Meanwhile heat a skillet.

31.Roll it till the desired thickness.

33.Apply water on the other side.

34.Put naan on hot tawa, with water side sticking to the tawa. Cook for 2 minutes.

36.Cook naan till done. Put the tawa on gas.

37.Remove naan from the tawa.

38.Apply little melted butter on it. 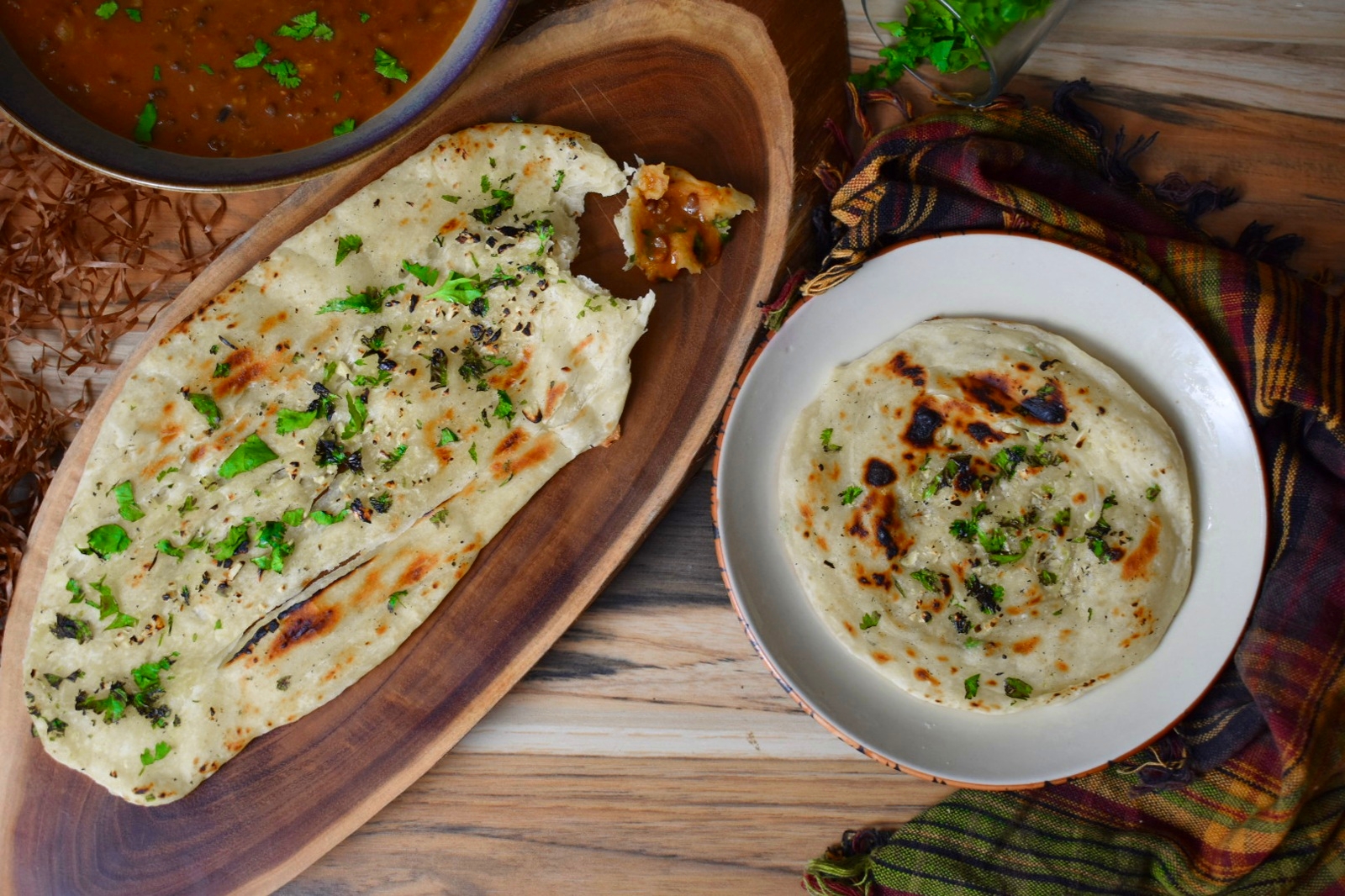 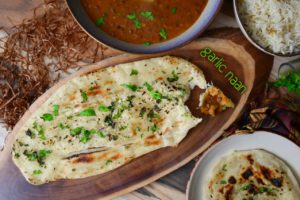 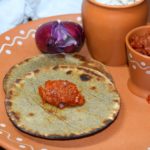 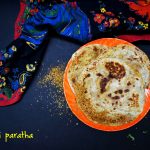 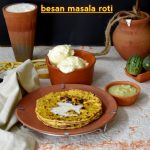 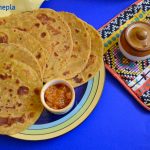 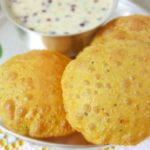 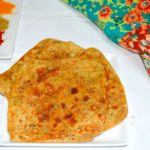